The bacteria that live within animals might be even more influential than previously thought. 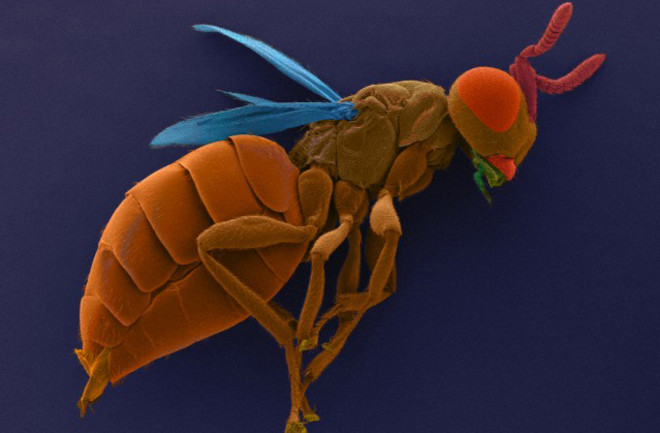 Scientists have long known of the important roles played by the microbes on and in our bodies — our microbiomes. These little guys outnumber our own cells 10 to 1, and they help regulate everything from the energy we get out of food to the health of our immune systems. Now, scientists believe that the bugs help play another important role: the evolution of new species.

Vanderbilt University biologists Seth Bordenstein and Robert Brucker were studying what distinguished similar wasp species. Specifically, they knew two closely related wasp species, Nasonia giraulti and Nasonia longicornis, could produce healthy hybrid offspring and that the two had a similar array of gut bacteria. But when either wasp tried to mate with the related Nasonia vitripennis, which has different gut microbes, those hybrid offspring died. Bordenstein and Brucker wanted to know whether these dissimilar microbiomes were the reason the N. vitripennis hybrids didn’t make it.

To test their idea, they raised the hybrid offspring of N. vitripennis and each of the other wasp species in a germ-free environment, eliminating any signs of gut bacteria that might be toxic to the wasps. While microbe-free wasps likely wouldn’t survive in the wild, these hybrids survived and thrived in the safety of the lab. However, when the researchers inoculated these germ-free hybrid wasps with the gut microbes from any of the parent species, they died.

Bordenstein and Brucker found that the parental microbiome was causing a malfunction in the hybrids’ immune systems, which likely contributed to their deaths. A mismatch between the hybrids and their inherited microbiomes was enough to kill the offspring outright.

Bordenstein believes that this mismatch can drive a wedge between two groups of organisms until their offspring can no longer survive, ultimately resulting in a separate, new species akin to N. vitripennis.

“This could be a potentially universal phenomenon because all animals have gut microbes,” Bordenstein says. “These results broaden our understanding of how species form.”

[This article originally appeared in print as "Gut Feeling for New Species."]