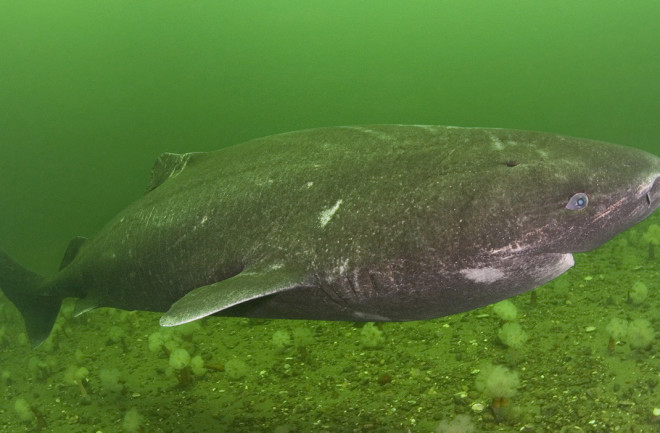 These behemoths putter through Arctic waters at roughly 1 mile per hour, growing less than a pinky’s width per year. Yet adults reach lengths of 16 feet, suggesting the sharks have long lives.

The first study to measure their ages, published in August in Science, revealed extraordinary longevity. Greenland sharks can live upward of 500 years, reaching sexual maturity around 150. This ranks them among the oldest vertebrates, surpassed only by sedentary invertebrates like clams.

A team led by University of Copenhagen biologist Julius Nielsen radiocarbon-dated eye proteins formed at birth from the corpses of 28 sharks accidentally killed by fishing vessels and during scientific surveys.

Normally, radiocarbon dates have error ranges of several centuries, but the researchers could improve the estimates because the smallest sharks measured showed the “bomb pulse” — a huge increase in global radiocarbon released from the hundreds of nuclear weapons tested in the 1950s and ’60s. Knowing these sharks were born in the Atomic Age, and assuming the animals grew at a predictable rate, the scientists calculated ages for the remaining sharks based on size.