Got Milk? Northern Europeans Drank Dairy Much Earlier Than Thought 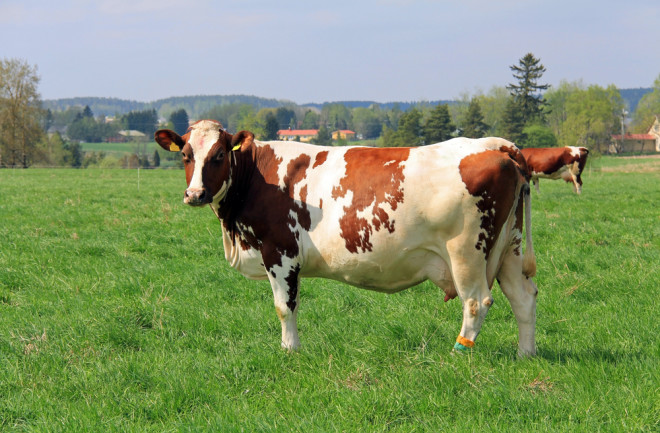 A modern dairy farm in Finland. Image by Taina Sohlman / Shutterstock Farming, including raising cows and consuming dairy products, reached far northern Europe much earlier than thought, according to new research. Agriculture first took hold about 11,000 years ago in resource-rich, mild climate lands stretching between the Eastern Mediterranean and Persian Gulf. Researchers agree farming and animal husbandry spread northwest through Europe from the Fertile Crescent. But they have long debated just how far north the practices reached before generally poor soil and a harsher climate would have made traditional Neolithic techniques untenable. A new analysis of food residues in pottery from southern Finland, however, proves populations in the far north were processing and consuming dairy products 4,500 years ago.

Prior to today's study, researchers knew little about the establishment of agriculture above the 60th parallel north (below). Further south, successful Neolithic farms existed as long as 6,000 years ago in northwest Europe, with the northernmost farming settlements thought to be between the 55th and 59th parallels north, in Britain, southern Norway and east-central Sweden, where they benefited from the warming Gulf Stream. But the earliest evidence for farming further north wasn't until thousands of years later, when the Vikings established themselves in the 8th century AD.

The 60th parallel north is just south of the Arctic Circle. Pot sherds collected from Neolithic sites throughout southern Finland provide evidence for a much longer agricultural history in the region. Researchers analyzing the pottery determined that about 4,500 years ago the food consumed in the area changed from primarily fish-based — consistent with a hunter-gatherer culture that relied on local lakes for food — to ruminant product-based, including milk. Today's findings are the first to show that Neolithic dairy farming existed in much of southern Finland, at the same latitude as southern Alaska and too far east to benefit from the moderating influence of the Atlantic's Gulf Stream. Although researchers estimated there would have been 40-50 fewer days of snow cover 4,500 years ago in Finland when compared with today, farming at those latitudes would have still been extremely difficult due to low average temperatures, several months of snow cover and long periods of limited sunlight. The study was published today in Proceedings of the Royal Society B. Few bones or other clues to Neolithic settlements survived the highly acidic soil of Southern Finland. But the team behind the new study noted that previous genetic research has suggested that the first lactose-tolerant populations in Finland appeared about 5,000 years ago, roughly at the start of the transition of the local diet from fish to dairy products. This coincidence of evidence, along with archaeological finds showing a transition in decorative styles, suggests that a new group of pastoral-based peoples may have moved into the area around this time, bringing their herds and lactose tolerant genes with them.