The Bengal tiger is one of six subspecies confirmed by a new genetic study. 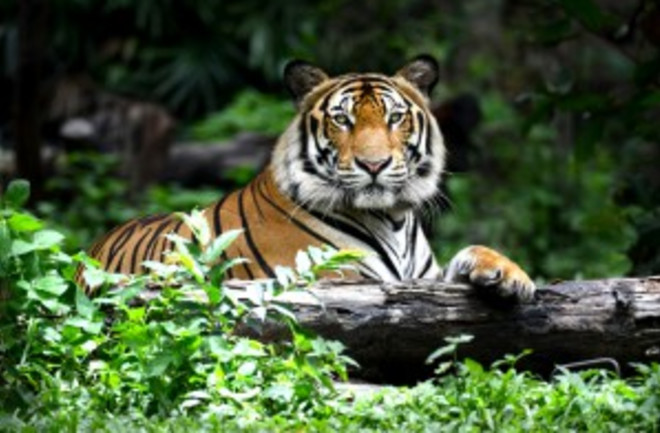 You may have heard that no two tiger’s stripes are alike. And according to a new study, each tiger’s distinct genetic and evolutionary history gives it unique characteristics that may be key to saving these majestic big cats from extinction.

With less than 4,000 living in the wild due to poaching and habitat loss, tigers are recognized as an endangered species by the World Wildlife Fund and other organizations. Yet efforts to save tigers have been stunted by disagreement over the number of subspecies still alive. Previous studies have claimed there are nine subspecies of tigers. A contentious 2015 study claimed there were just two. But a new study published in Current Biology this month may finally squash the scientific debate surrounding the number of tiger subspecies roaming the planet.

“The lack of consensus over the number of tiger subspecies has partially hindered the global effort to recover the species from the brink of extinction,” said study author Shu-Jin Luo, a geneticist at the Peking University in Beijing. “This study is the first to reveal the tiger’s natural history from a whole-genomic perspective. It provides robust, genome-wide evidence for the origin and evolution of this charismatic megafauna species.”

Fossil records date tiger origins to two to three million years ago. But the study’s genomic-wide scan revealed that all living tigers can be traced to a common ancestor from 110,000 years ago. That’s when a population bottleneck likely wiped out a significant number of tigers, reducing the gene pool. That’s why researchers believe they witnessed little gene flow and genetic diversity among the tiger subspecies. However, researchers say each subspecies has a unique evolutionary history due to the highly structured genetic patterns observed — which is rare in big cat populations.

Despite a common ancestor to all living tigers today, the researchers found evidence of natural selection. For instance, the Sumatran tiger, which is the smallest subspecies, carries the ADH7 gene associated with body size. The Sumatran tiger may have evolved to survive on smaller prey available on the Indonesian island of Sumatra.

The new findings may not only put to rest the controversy surrounding the number of tiger subspecies, it may inform conservation efforts. Saving tigers from extinction entails saving each subspecies from extinction.

“Tigers are not all alike,” Luo said. “Tigers from Russia are evolutionarily distinct from those from India. Even tigers from Malaysia and Indonesia are different.”