Researchers find evidence that a group of still-unknown humans interbred with our ancestors. 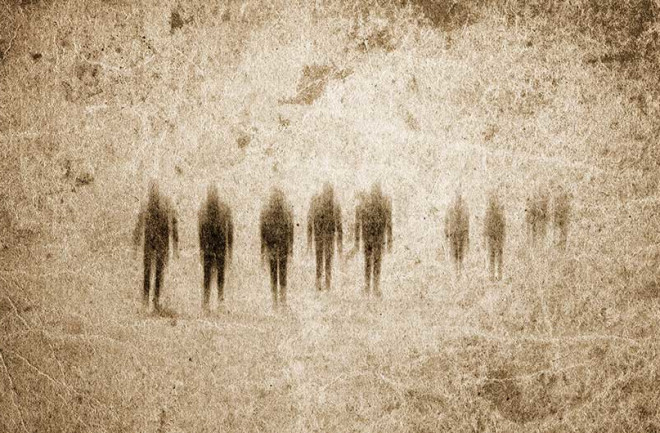 (Inside Science) — A mysterious extinct "ghost" human lineage that was an even more distant relation than Neanderthals may have interbred with the ancestors of modern West Africans, significantly contributing to their gene pool, a new study finds.

Although modern humans are now the only surviving lineage of humanity, others once lived on Earth. Some made their way out of Africa before we did, including the familiar Neanderthals in Eurasia and the newfound Denisovan lineages in Asia and Oceania. It isn't completely clear whether these lineages would be considered species or subspecies, but the groups had identifiable genetic differences. Prior work estimated the ancestors of modern humans split about 700,000 years ago from the lineage that gave rise to Neanderthals and Denisovans, and the ancestors of Neanderthals and Denisovans diverged from one another about 400,000 years ago.

The story is a bit more tangled than the timeline suggests, as genetic analysis of fossils of these extinct lineages has revealed they once interbred with modern humans, unions that may have endowed our lineage with helpful mutations as we began expanding across the world about 194,000 years ago. Neanderthal DNA makes up roughly 1.8% to 2.6% of the genomes of modern humans from outside Africa, whereas Denisovan DNA makes up 4% to 6% of modern Melanesians.

Read more: A Genetic Ghost Hunt: What Ancient Humans Live On In Our DNA?

Any number of now-extinct human lineages that once existed within Africa may have hybridized with modern humans there as well. However, the sparse nature of the ancient human fossil record in Africa makes it difficult to identify DNA from such "ghost lineages" in modern humans.

Instead of hunting for ancient human fossils across Africa, the scientists looked for genetic traces of ghost lineages in modern Africans. They compared 405 genomes from modern people from West Africa with ones from fossils of Neanderthals and Denisovans, focusing on DNA that stood out from the West African genomes roughly as much as Neanderthal and Denisovan DNA did from modern human genomes overall.

The researchers detected statistical anomalies they suggested were best explained by interbreeding between West Africans and an unknown ancient human lineage whose ancestors diverged from those of modern humans before the split between Neanderthals and modern humans. Four West African groups — Yoruba in southwestern Nigeria, Esan in southern Nigeria, Gambians in western Gambia, and Mende in Sierra Leone — may derive 2% to 19% of their DNA from a ghost lineage, the researchers said.

A number of ghost lineage genetic variants were unusually common in the Yoruba and Mende genomes, suggesting they might confer some evolutionary advantages. These included genes involved in tumor suppression, male reproduction and hormone regulation.

Previous research also hinted at interbreeding with ghost lineages in Africa, such as a 2011 study examining sub-Saharan Africa and a January paper investigating western Central Africa. The ghost lineage examined in the January study "is likely the ghost lineage we are seeing," Sankararaman said. "A broader question of the number of these ghost lineages that have survived into present-day Africans is fascinating, which we don't have the answers to."

These findings underscore how "it is not a question of whether our ancestors interacted with other hominins, but it is a question of when, where, who," said evolutionary genomicist Omer Gokcumen at the University at Buffalo in New York, who did not take part in this research. "I think we will need additional ancient genomes from Africa to more properly address these questions."

The scientists estimated this ghost lineage diverged from the ancestors of Neanderthals and modern humans up to 1.02 million years ago and interbred with the ancestors of modern West Africans from 124,000 years ago up to the present day. "One limitation of our study is that we have mainly sampled present-day West African populations," Sankararaman said. They don't know yet how far the ghost lineage spread across Africa, he said.

The scientists aim to analyze people across Africa for signs of ghost lineages. "We are beginning to understand some of the complexities of human history, but the true picture is almost certainly even more complicated," Sankararaman said.

The researchers detailed their findings online Feb. 12 in the journal Science Advances.

This article originally appeared in Inside Science. Read the original here.