Gecko to Its Severed Tail: "Quick, Make a Distraction!" 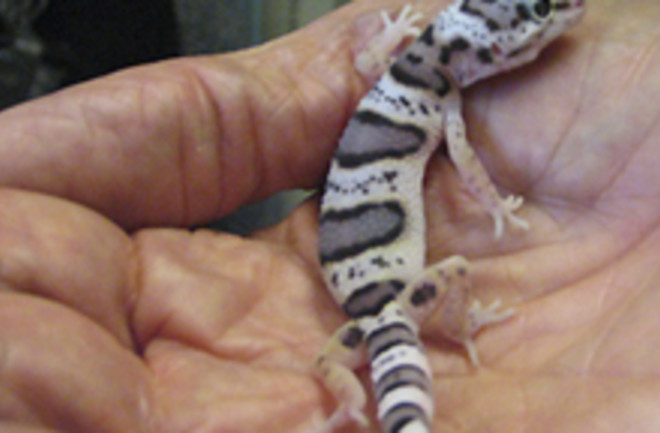 When a gecko is desperately trying to escape from a predator, it has a creepy trick: It detaches its tail and leaves it wriggling on the ground to distract the hunter, while the rest of the lizard scampers off. Now, with high-speed video researchers have studied what happens to the left-behind tail, and they found that it flips and flops acrobatically, and changes direction and speed depending on what it bumps into. Researchers (and lizard-watching kids) already knew that the severed tail continues to move, but this study in the journal Biology Letters is the first to determine that the tail can independently respond to its environment. Says lead researcher Anthony Russell:

“The tail is buying the animal that shed it some time to get away.” ... If the tail simply moved rhythmically back and forth, predators would quickly recognize a pattern and realize they’d been duped. Unpredictable tail movements keep predators occupied longer, and in some cases, they may even allow the tail itself to escape [Wired.com].

Russell notes that the leopard geckos he studied store fat in their tails, and suggests that if the tail can flop far enough away from the predator the gecko could return later to eat its own tail. The researchers don't understand what's controlling the gecko tail's movements, but suggest that networks of neurons called central pattern generators, which program repetitive motions like walking and chewing, may be involved. The study could help researchers work on human spinal cord injuries, which often cause paralysis of the skeletal muscles below the damage site.