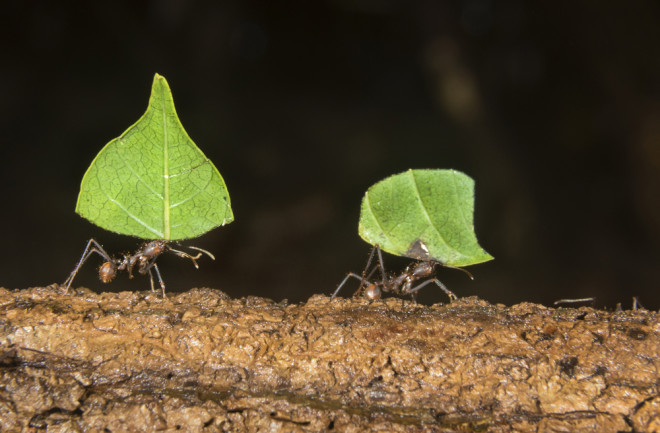 In 2017, a woman in Nevada died from a fairly common bacterial infection, Klebsiella pneumoniae. Her death wasn’t the product of medical oversight or inattention; rather, it came despite it. Her infection proved resistant to every antibiotic drug doctors threw against it, NPR reports. They ultimately exhausted 26 different drugs — the bacteria was resistant to every single one.

Antibiotic resistance is high on scientists’ list of concerns worldwide. The proposed solutions are numerous, and they sometimes come from unexpected places. Case in point: One group of scientists from Europe says we should look to the ants.

It’s not quite so far-fetched. Some species of ant harbor symbiotic bacteria that produce fungus-killing antimicrobial compounds. This relationship has held for millions of years, and the fungal invaders have yet to develop a resistance to the compounds. Humans, by contrast, have seen resistance develop in just decades.

The problem of antibiotic resistance is growing, both in the U.S. and worldwide. The Centers for Disease Control and Prevention, or CDC, estimates that 2 million Americans get an infection resistant to at least one kind of antibiotic every year. Some 23,000 of them die from it.

The crux of the issue is natural selection. Bacteria will eventually evolve the ability to fight off drugs meant to kill them, rendering useless another weapon in our medical arsenal.

But this is where the ants come in. Looking at a group of ants that harvest fungi, the researchers say they’ve found a clever strategy to avoid resistance.

One particular “tribe” of ants, called attine ants, have farmed specific species of fungi for food for millions of years — so long that the two species have grown evolutionarily dependent on one another. But their crops are susceptible to invasions by other species of aggressive fungi that can kill their food source. To fight back, the ants rely on the Pseudonocardia and Streptomyces bacteria that live with them and that produce antifungal compounds. This relationship has held for millennia, and the fungi have never become resistant.

The secret, the researchers say, is that the bacteria actually make several slightly different versions of the antifungal compounds. They all work, but they’re just different enough that the invading fungi aren’t able to develop a resistance to every one. And the compounds are constantly evolving over time, managing to stay just different enough to avoid resistance while still being effective at controlling the fungi.

That’s in contrast to human-made antibiotic compounds, which are all exactly the same and thus much easier to evolve a resistance to. The findings hint that one solution to our current antibiotic crisis might be learning to vary our drugs just enough that invasive bacteria can’t get a handle on them.

The authors do point out that ants’ goals are a little bit different than ours when it comes to combatting microbes. The ants want simply to control the growth of fungi, rather than eliminate them completely as we do with pathogens.

And the ants have more leeway with different compounds than humans.

“Finally, and brutally, the attines have no ethical constraints,” the authors write in their study. “Not all individuals involved in this arms race must survive.”

But their mix-and-match strategy provides a not-so-subtle hint at a new means of preventing antimicrobial resistance in the human world. Sometimes, all you need is a little something different.

The research appears in the journal Trends in Ecology and Evolution.