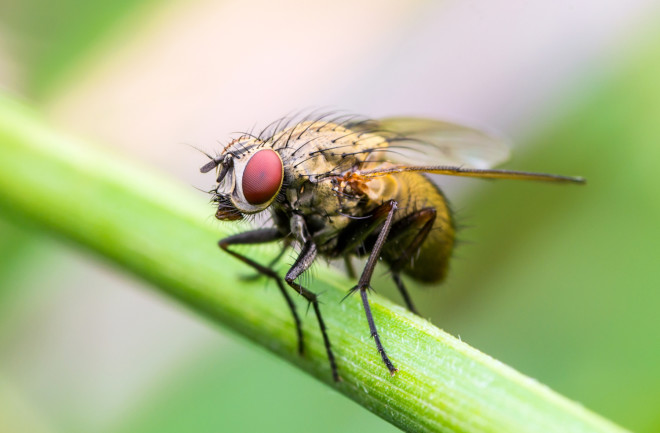 Without those eight or so hours of precious shut-eye, many of us feel dazed, sluggish and downright useless. Sleep might be thought of as the great equalizer — birds do it, bees do it, every animal with a brain does it. But a new study suggests that might not be quite right after all.

A study published today in the journal Science Advances found that some members of a species of fruit fly could, to the jealousy of humans, function on practically no sleep. After being kept awake for several days, their health and energy levels were as high as ever, and overall lifespans remained the same. And when left to their own devices, one fly snoozed for mere minutes a day, living a virtually sleepless life. The discovery, which marks the first time a near-sleepless animal species has been identified, is causing researchers to question our need to sleep.

To Sleep or Not to Sleep

From humans to elephants to insects, we all have one thing in common: catching some z’s. But strangely, scientists aren’t sure why we sleep.  They’ve toyed with the idea that it restores the body’s energy, purges useless information and replenishes neurotransmitters in the brain, but haven’t landed on anything concrete. And since every animal with a central nervous system is known to sleep, they haven’t stopped searching for answers.

But a recent study on Drosophila melanogaster, AKA fruit flies, is shaking things up. Giorgio Gilestro, a professor of systems biology at the Imperial College London, gathered 881 female and 485 male fruit flies and studied their sleep patterns for four days. They used machine learning technology to track the flies’ micromovements, which are the tiny motions they make when they appear to be asleep, but are actually just sitting in place. These almost invisible movements, which may have been overlooked in previous studies, allowed the researchers to tell when they were actually sleeping.

While males spent about 43 percent of each day sleeping, females slept much less, which is likely due to the extra time they spend feeding and laying eggs after mating. About half of them spent less than 20 percent of their time sleeping, while 6 percent snoozed for just an hour or so a day. And one lively female was virtually sleepless, averaging just four minutes of sleep each day.

To see if these critters could survive without sleep at all, they placed them in a rotating tube, designed to keep them awake, and housed the flies there for the duration of their lives. And to their surprise, the researchers found that they lived just as long as their drowsy counterparts — suggesting that sleep had little to no effect on their lifespans. And when a different group of flies were put in the same tube for nearly 10 days and then released, they came out as happy and healthy as ever.

Based on these results, the researchers think that sleep might not be a biological need, but rather a trait we acquired through evolution. We know that lack of sleep is associated with physical and cognitive decline, and without it, our sleepless ancestors might not have had the sharp minds and strong bodies needed to survive.

Gilestro and his colleagues hesitate to jump the gun, though. They point out that fruit flies might not be an anomaly, and that a few minutes of sleep each day could simply be enough for their tiny brains. Humans are a whole different ballgame, though, and much more research is needed to figure out why we sleep. So until then, make sure to snuggle up and get some shut-eye.