Talk about a feces fable. 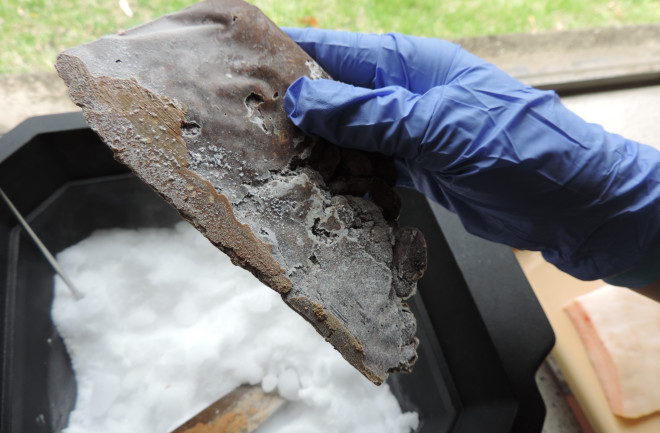 This story appeared in the May 2020 issue as "Feces Fable." Subscribe to Discover magazine for more stories like this.

This is a tale about a poop knife. As the story goes, an old Inuit man refused to relocate to a government settlement camp. His family, fearful of the repercussions, took away his tools in hopes that he’d be compelled to go. Instead, in the midst of winter, he honed his own feces into a frozen blade. With his fecal knife, he killed a dog, used its rib cage as a sled, used its hide to harness another dog and escaped into the night.

Wade Davis, an anthropologist who’s been called a “real-life Indiana Jones,” has been telling and retelling this story, in multiple books and even a TED Talk with more than 3.8 million views. When asked about the story’s veracity in a 2008 interview with Discover, Davis responded, “True or not, it’s a wonderful metaphor for the resilience of the Inuit people.”

Last winter, researchers at Kent State University tried to test whether the story could be true.

“No grad students were harmed in the production of this paper,” said assistant professor of anthropology Metin Eren. For eight “very difficult” days, Eren subjected himself to a high-fat, high-protein diet —mimicking the Arctic diet — and collected the raw materials in a plastic bag at home.

The researchers shaped the feces into knives using their hands or ceramic molds. Then they froze the knives in dry ice and sharpened them.

Eren was surprised by how hard the feces got. “I thought, ‘Oh my God, this might work,’ ” he says. But when the team tested the blades on pig hide, they melted on contact. “It was like a brown crayon,” says Eren. “Just left nasty skid marks.”

Davis, meanwhile, says he initially thought the study was a hoax when he was asked to review it for a scientific journal. “It just seemed beyond imagining that any sort of scientist… would take research funds and exhaust their own time to conduct such an experiment at a time when the Inuit are dealing with such serious issues,” he says. He also points out his disappointment that the team used skin from pigs, instead of a dog as in the original tale — pig skin is much thicker and therefore would be harder to pierce.

That said, Davis is, overall, amused. “I just think it’s funny and wonderful,” he says.

The results of Eren’s experiments won’t stop Davis from telling the anecdote in the future: “It just adds to the mix of the humorous story, the fact that a team of scientists set out to prove whether this could be true or not.

This story originally appeared in print as "Feces Fable."