Free-Roaming Cats Could Be An Environmental Menace

Cats are an invasive species. But we love them. So what should we do? 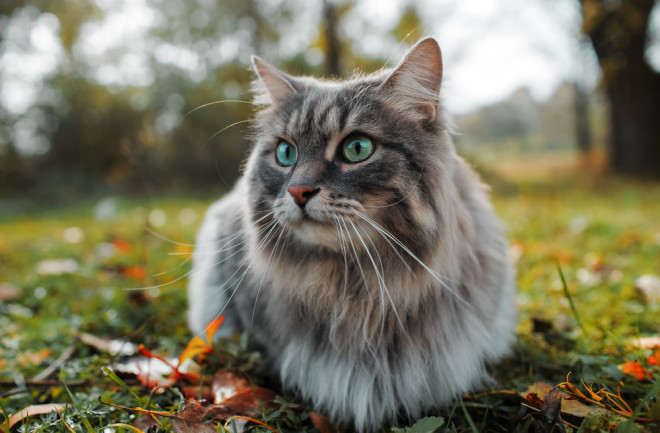 Everyone knows our sweet little kitty-bitties are in fact ferocious killers. That’s probably why they were first welcomed into human homes some 10,000 years ago: to kill rats. And they still do an admirable job of rodent control. But unfortunately, rats and house mice aren’t cats’ only prey. They also kill birds. And not just birds, but plenty of other small mammals and insects: The International Union for the Conservation of Nature (IUCN) has listed cats as one of the 100 worst invasive species in the world.

Indeed, cats have spread from their humble beginnings in the Fertile Crescent to just about everywhere. They’re on every continent except Antarctica. There’s almost no place where cats are not at home, and therefore no place where small wildlife is safe from them.

The Moral Cost of Cats

One study estimates that in the U.S. alone, free-ranging cats (mostly feral cats, but also strays) kill more than a billion — and maybe as many as four billion — birds every year. But those numbers may be misleading. The Royal Society for the Protection of Birds (RSPB) argues that cats aren’t a significant threat to birds (and remember, these folks are some serious bird lovers). They point out that many millions of birds die each year for all kinds of reasons, including starvation. And cats tend to prey on weak birds that probably would have died anyway.

The RSPB also points to data showing that the species of birds that have suffered the most declines in recent years are birds that rarely encounter cats. The U.S. Department of Agriculture lists many other serious threats to birds: crashing into windows, unfortunate encounters with power lines and vehicles and, of course, pollution, one of the main threats to all wildlife.

Still, clearly cats do kill a lot of birds, but it’s not clear just how many or what the effect of cat predation on bird populations really is. But there is no question that cats do kill a lot of birds. This has pitted cat lovers against nature lovers, and the overlap between those two groups is large, creating a moral dilemma for conservationist cat lovers and a public-relations nightmare for conservationists who want to use extreme measures for taking care of the problem.

But even those who are solidly on Team Bird have to admit that extreme measures — rounding up any free-roaming cats you can find and killing them — don’t really work. “People have been killing cats for decades, and it hasn’t solved the problem,” says Becky Robinson, founder and president of Alley Cat Allies, an organization working to improve the lives of cats.

However, Robinson says there’s a more humane and more effective way to deal with the problem: Trap-Neuter-Return (TNR) programs. TNR works just like the name implies. Feral cats are trapped, taken to a clinic, and neutered. While the cats are under anesthesia, they are given rabies vaccinations as well. The tips of their ears are clipped so you can easily tell they’ve already been neutered. Then they’re returned to the cat colonies they came from.

The idea is catching on, and many communities in the U.S. and Europe are adopting TNR programs, says Robinson. Cities that once rounded up feral cats and killed them now spay and neuter them and give them veterinary care. “It’s a whole new mindset,” she says.

The plan is brilliant — or at least it would be if it worked. But data on the effectiveness of TNR has been mixed. The problem is that to be successful in reducing feral cat populations, you have to trap, neuter, and return the vast majority of breeding cats and make sure no new cats join the colony. Cats are prolific breeders, and if there’s a decent food supply (garbage, rodents), it takes very few breeding cats and very little time for populations in cat colonies to rebound from interventions. This is why killing cats doesn’t work. You’d have to catch and kill them all — and cats are far too wily for that.

Until recently, no one had done a long-term controlled study to see just how effective TNR programs are. However, this April a team of researchers in Israel released the findings of a 12-year study of TNR. They found that TNR can work — that is, populations in feral cat colonies can be stabilized — if you make sure to keep 70 percent of the street cat population neutered. This leaves some breeders on the prowl, so you can’t stop there. To keep the population from rebounding, you also need to control food resources. Eyal Klement, professor of veterinary medicine at The Hebrew University of Jerusalem and the lead author of the study, suggests setting up feeding stations and prohibiting feeding in other public areas. “This would ensure cats are properly fed, and a policy of neutering could be implemented easily by catching the cats when they come to feed.”

TNR may not be a perfect solution. But, compared to the alternatives, it is a compassionate solution.