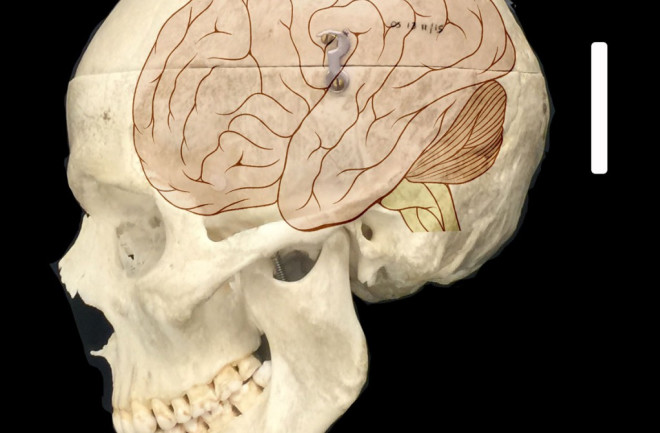 Human brains are three times bigger than those of our ancestors. Researchers behind a pair of new studies think they've found the genes responsible. (Credit Fiddes et al) With a new pair of studies on a handful of genes unique to the genus Homo, researchers took a big step toward solving one of the most important questions about our evolution — why and how human brains got so big. Understanding why the Homo brain became significantly larger than the gray matter of any other primate has been a dominant question in the field ever since we first turned our big human brains toward the topic of evolution. In just the last week, separate teams of researchers have released models for the environmental conditions that may have driven our ancestors' brains to triple in size over the past 3-4 million years. Based on different mathematical models, one team concluded ecological challenges — finding food, avoiding predators and just staying alive — were likely the dominant factor. The second team, in a paper released yesterday, suggested that collaborative, cooperative behaviors, including those used to meet ecological challenges, were probably the major reason for our intelligence explosion. These models may give us a better idea of why ever-bigger brains provided an evolutionary advantage, but the question of how human brains got bigger remained elusive. Until today. A dynamic duo of papers focuses on genetic variations unique to the genus Homo that appear to explain how our brains boomed. The studies trace the evolutionary history of specific genes, uncovering a series of changes that led, ultimately, to big human brains. This tale of scientific sleuthing starts, as research often does, with the fruit fly. Notch-o Mama Geneticists have been interested for some time in the Notch gene family, first noticed in fruit flies, an animal commonly used in research. The family gets its name because a certain mutation within it leads to, yes, notched wings in the unfortunate fruit fly. But the Notch family itself is crucial for most living things. The genes play critical roles in the development of an embryo: Essentially, they produce proteins that tell stem cells to turn into neurons, or other types of cells, at specific times. Mammals in general have four Notch genes (NOTCH1 , NOTCH2, etc.), and researchers zeroed in on some strange things happening for humans with our NOTCH2 genes. Turns out that millions of years ago, a common ancestor of humans, chimps and gorillas got a little something extra. Specifically, a portion of the NOTCH2 gene was erroneously duplicated, like a record skipping, or a glitch in the matrix. The duplicated portion became a non-functioning pseudogene, sometimes inaccurately called junk DNA. It was a piece of genetic code that didn't really do anything, but was passed down through generations: It can still be found in chimps and gorillas. (It is not seen in orangutans, which tells researchers that the genetic event occurred after their ancestors had branched off onto their own evolutionary path some 14 million years ago.) In humans, after our line split off from chimps about 6 million years ago, something else happened to this glitchy piece of NOTCH2. More pieces of the original NOTCH2 segment were mistakenly stuck onto it, turning it back into a functioning gene that was then duplicated with four variations. These variations, found only in the genus Homo, are called the NOTCH2NL genes. Easy as A, B, C One of the four Homo-only NOTCH2NL genes is another non-functioning pseudogene. But the other three — NOTCH2NLA, NOTCH2NLB and NOTCH2NLC — produce tweaked versions of the original NOTCH2 proteins. These proteins are particularly involved in the conversion of neural stem cells into cortical neurons, the guts, no pun intended, of the brain’s outer layers. What the researchers found was that the three working NOTCH2NL variations seemed to cause an increase in the number of neural stem cells but a slowdown of their maturation into cortical neurons. The result? A delay in cell maturation but ultimately a lot more neurons in the neocortex — the epicenter of advanced cognitive function in human brains — when they finally did mature. The NOTCH2NL genes, in other words, appear directly involved in causing that hallmark of human brains: They take longer to mature, but also get bigger, relative to body size, than the brains of any other mammal. The authors caution, however, that, while it appears they've uncovered a key mechanism, it's just one of several factors contributing to the evolution of the human brain. The researchers also peered into the ancient genomes of two Neanderthals and one Denisovan and, lo and behold, they found active NOTCH2NL variations. That should not be a big surprise, given that the most significant increase in brain size in our lineage occurred more than three million years ago, before our last common ancestor. Neanderthals had brains similar in volume to our own, albeit with some organizational differences. (Denisovans are known almost entirely from their ancient DNA; we don't have any cranial material to determine their brain volume.)

Human brains may have boomed due to duplication errors and other changes that created a novel set of genes responsible for making more cortical neurons. (Credit Fiddes et al)Now For The Bad News... These kinds of errors in an animal's genome are not unusual. They're common, in fact, in any long sequence of repetitious DNA code. Today, different mutations in the same neighborhood (chromosomally speaking) as the NOTCH2NL genes have been linked to a number of conditions including autism, microcephaly and schizophrenia. It's possible that the same glitch in the genetic matrix that made human brains so much bigger may also have destabilized that part of our DNA, creating the opportunity for the rise of certain neurological disorders. The pair of studies, one focusing on the evolutionary history of the NOTCH2NL gene family and the other on its role in development, appear today in Cell.