For Snails, The Race to Survive Is a Race to Get Slower 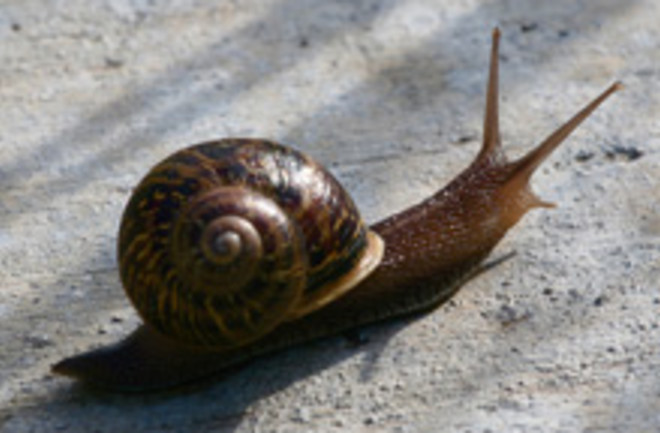 As if snails don't get mocked enough for being so slow, evolution sure isn't doing them any favors. It seems that evolution favors snails with a slower metabolism because they have more energy for other activities, such as growth and reproduction. Testing the biological hypothesis of the "energetic definition of fitness," which purports that the less energy an animal spends, the more it will have for survival and reproduction, the researchers measured the size and standard metabolic rate (the amount of energy required for maintenance) of nearly 100 garden snails. After seven months, the researchers found that surviving snails had a metabolic rate 20 percent lower than that of the dead snails—and no correlation between snail size and rate of survival. "Having less maintenance permits you to have more energy for other activities," said one of the study authors, which explains why a slower metabolism allows for a higher level of fitness. The researchers are still working, however, to answer the question of whether a slow metabolism is linked to slower movement. If so, then a snail's pace will only become ever more snailish. Related Content: Discoblog: On the Darwinian Fast-Track: Lizards Evolve Away Limbs Image: Flickr / WTL photos