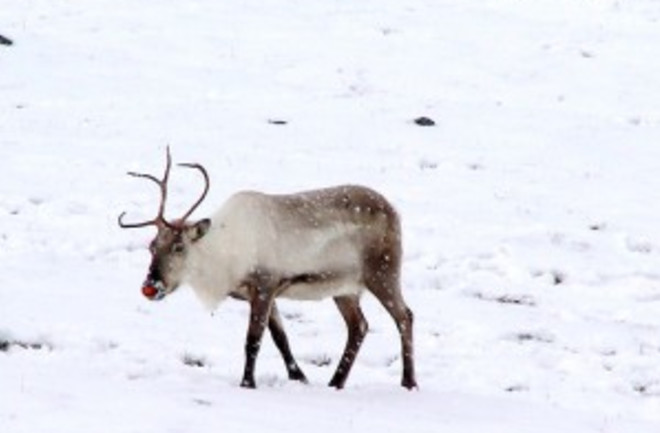 Photo: flickr/tristanf(It’s Red Hot Science Week here at Seriously, Science? All week long we will be featuring science that focuses on the color red.)

Epidemiology of reindeer parasites. “Every Christmas we sing about Rudolph the red-nosed Reindeer, but do we give much thought to why his nose is red? The general consensus is that Rudolf has caught a cold, but as far as I know no proper diagnosis has been made of his abnormal condition. I think that, rather than having a cold, Rudolf is suffering from a parasitic infection of his respiratory system. To some this may seem a bit far-fetched as one would not expect an animal living with Santa Claus at the North Pole to be plagued by parasites, but I shall show otherwise.”

If you're wondering whether scientists have a sense of humor, look no further. This Norwegian ecologist decided to diagnose Rudolph the Red-Nosed Reindeer, concluding that the famous reindeer was suffering from a parasitic infection of his respiratory system (LOL!) Maybe that's why the other reindeer never let him join in their games?

Related content: NCBI ROFL: Is that a subcutaneous larva or a hair?

NCBI ROFL: Want to cure your malaria? Get wasted!