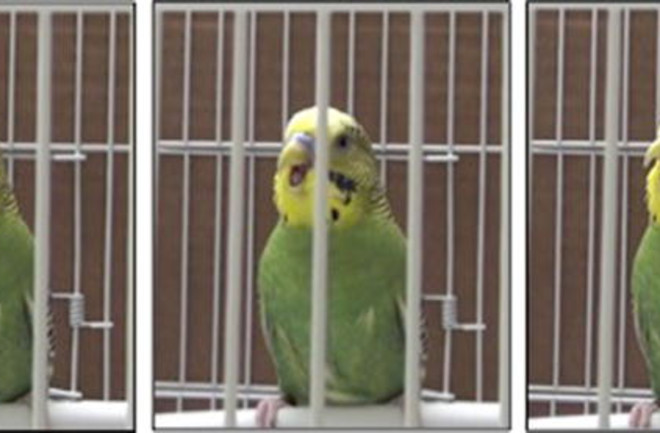 Images of a budgerigar yawning (beginning to peak)

Think about yawning. Yawn yawn yawn... yawn. Have you yawned yet? If so, it's probably because you come from a social species. Contagious yawning, unlike spontaneous yawning (the purpose of which might be related to cooling the brain), seems to be related to social coordination and empathy. This type of yawning has only been observed in a handful of animals (for example, dogs may be able to catch human yawns), but never in a non-mammalian species..until now, that is! Here, researchers show that budgerigars (aka parakeets), a social bird species, are able to catch each other's yawns. These findings lend further support to the idea that contagious yawning serves a social function. (And they also happen to be pretty adorable!)