Five of the Coolest Species Discovered in 2013

These critters have now been added to the 1.2 million species known to science. 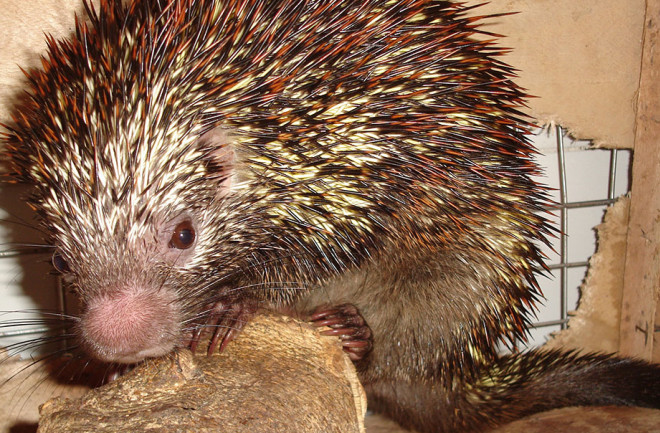 Biologists have already cataloged and named nearly 1.2 million species, but they’ve just scratched the surface. Some estimates suggest the planet hosts nearly 7 million more creatures that have yet to be identified. These are just a few of the many species new to science in 2013.

Holy bat genus: The striped bat, Niumbaha superba, found in South Sudan, actually constitutes a new genus: Its slightly shorter wings and more robust teeth earned the bat its own classification, according to a team from Pennsylvania’s Bucknell University.

Holding out hope: The hope porcupine,

, lives in trees along Brazil’s Northeastern Atlantic Coast, one of the world’s most threatened habitats. It was discovered by scientists from the country’s Universidade Federal de Pernambuco.

Hoot, there it is! A unique song tipped off a researcher from the Swedish Museum of Natural History to the Rinjani scops owl, or Otus jolandae, in the Gunung Rinjani National Park on the Indonesian island of Lombok. It had escaped scientific notice for so long because it looks very much like a related species.

[This article originally appeared in print as "New Species."]