Although history is filled with catastrophe, these “almost got us” events testify to human resilience. 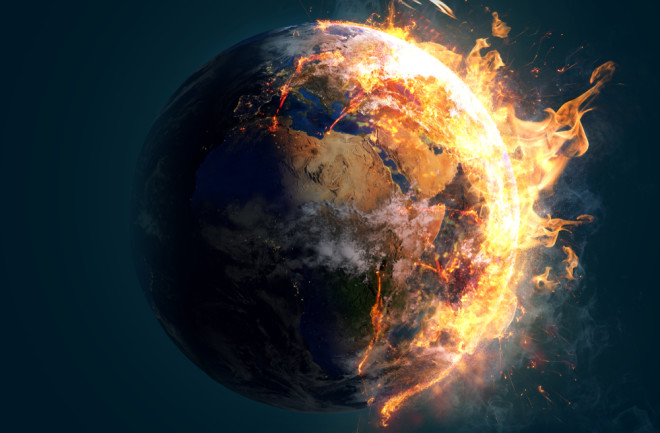 As coronavirus cases continue to surge and natural catastrophes such as fires, floods and droughts pummel the planet, it’s easy to imagine that the apocalypse is impending. Yet such catastrophic thinking overlooks the fact that history is rife with calamities that humanity has survived, despite some serious dips in our population.

“Disasters are almost necessarily a part of human history,” says Jake Frederick, a history professor at Lawrence University interested in catastrophes and their consequences. “Volcanoes happen, earthquakes happen, wildfires happen… The planet is adapted to deal with these things. They only become disasters when they start to have a negative impact on human beings.”

But take comfort in the fact that we, like many species alive today, have become seasoned veterans in dealing with disaster. “Humans are spectacularly adaptable,” says Frederick. “You can put them in any environment, and they will simply endure.” As a testament to that thought, here are five of the most catastrophic events that have threatened our survival.

Volcanologists agree supervolcanoes pose a serious threat to the planet, and some assert that they’ve brought humanity to the brink of extinction before. Approximately 74,000 years ago, the Mount Toba supervolcano in modern-day Indonesia erupted, sending tons of dust into the air and blanketing Indonesia, India and the Indian Ocean in debris six inches deep. Believed to be the biggest eruption in human history, the blast achieved an 8 on the Volcanic Explosivity Index and sent shockwaves around the world. Ash spread throughout the atmosphere, blocking sunlight, dropping worldwide temperatures by 3 to 5 degrees Fahrenheit, disrupting plant and animal life and causing starvation among ancient human populations. Some studies suggest only 3,000 to 10,000 individuals survived these abrupt climate changes, though recent research could complicate this theory. Whatever the truth may be, humanity withstood the blast.

Alongside active supervolcanoes and their ash, ice ages are known to plunge the planet into a prolonged cold so severe that it threatens species survival. Induced by variations in solar output and our planet’s orbit, these prolonged periods feature surges of frigid temperatures and glacial growth that persist for thousands, if not millions, of years. While we are currently facing a warm, interglacial period of an ice age, humans have not always been so fortunate. Earth suffered the full-force of a deep freeze as recently as 20,000 to 10,000 years ago. At that time, ice sheets stretched across North America and Eurasia, glaciers consumed mountains throughout the Northern and Southern hemispheres, and worldwide temperatures plunged approximately 10 degrees. With such massive swaths of the planet covered in ice, the world became harsh and inhospitable. Indeed, many large species, including mastodons and saber-toothed cats, vanished as the temperatures vacillated from cold to colder, yet Homo sapiens adapted to these climate conditions against all odds.

In the thousands of years following the freeze of the Ice Age, humanity’s increasing interconnectivity allowed diseases to develop into pandemics. The bubonic plague, caused by the Yersinia pestis bacteria, is believed to be the deadliest of these communicable cataclysms. It initially appeared in A.D. 541 and “came close to wiping out the whole of mankind,” as ancient author Procopius wrote in his text The Secret History. The disease rampaged through Eurasia and Africa and massacred as many as 50 million people in a single year. In 1347, the plague appeared once again to wreak havoc on humanity. Symptoms included malaise, delirium, diarrhea, blisters, bloody cough and chills, all in addition to the black bulges, or buboes, which appeared along victims’ thighs and armpits — a sure sign that death was near. “Against these maladies,” wrote Giovanni Boccaccio in The Decameron texts in the 1300s, “all the advice of physicians and all the power of medicine were profitless and unavailing.” This so-called Black Death claimed as many as 200 million lives in Eurasia and Africa, though advancements in antibiotics today mean that the modern world is well protected against another such disaster.

Smallpox and Other Old-World Diseases

About a century after the Black Death, globalization triggered another wave of devastating infections. Europeans arrived in the Americas starting in 1492, introducing several serious diseases to isolated societies that had no prior exposure or immunity to them. The illnesses included smallpox, measles, cholera and typhus, and the impacts were immediate, with an estimated 80 to 95 percent of Indigenous populations dying from them within 100 to 150 years. “There came over them so much illness, death and misery,” Spaniard Bartolomé de las Casas observed in an account in 1561, “from which infinite numbers of fathers and mothers and children sadly died.” Some studies suggest that so many individuals died of these so-called Old-World diseases, and so abruptly, that the planet’s atmospheric CO2 and overall temperature decreased, aggravating a period of cold climate called the Little Ice Age. That more subtle ice age likely impacted North America and Northern Eurasia as early as 1300 and as late as 1850. Still, humanity survived.

Around the time that the Little Ice Age began to dissipate, a second supervolcanic blast thrust the world into volcanic winter. In April 1815, Mount Tambora on Sumbawa Island in Indonesia burst, spurting smoke, volcanic ash, aerosols and pumice into the atmosphere and throughout the surrounding terrain. The event killed 10,000 islanders instantly. Once again, the consequences rippled worldwide. As smoke and ash spread throughout the atmosphere, they blocked sunlight, which dipped global temperatures by 5 degrees. For a full year after the eruption, North America and Eurasia experienced inconsistent climate conditions, incredible cold, frost and flooding so severe that 1816 became known as a “year without a summer.” As many as 100,000 to 200,000 people died worldwide due to starvation and sickness. The Tambora supervolcano remains active to this day, but thankfully its subsequent activity pales in comparison to this blast.