Festooning The Tree Of Life 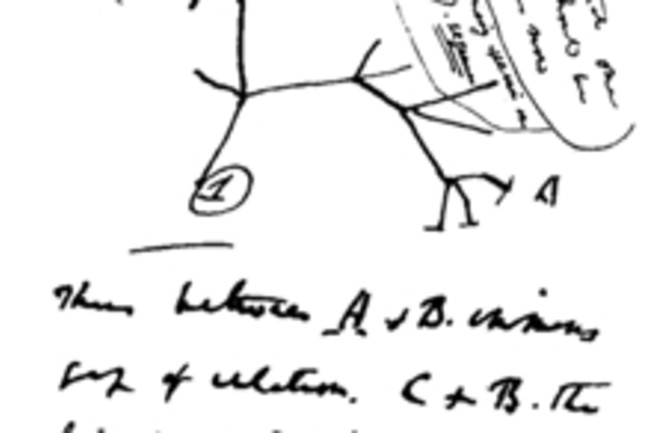 Can we make a picture of history? Charles Darwin recognized that all the different species on Earth share a common ancestry, having branched apart over millions of years. He pictured the history of life as a tree, as he sketched here in one of his notebooks. He later published a more formal illustration of the tree of life--or at least the branching of evolution--in the Origin of Species. Later scientists put actual names to the branches. They proposed that birds and crocodiles share a close common ancestry, for example, based on traits they share in common in their skeleton and skin. Later studies--including comparisons of DNA--supported many of those relationships. Today scientists are comparing entire genomes in order to illuminate some of the murkier nooks in the tree.

At the same time, however, a number of scientists have argued that a tree is only a limited metaphor at best for the history of life. It works best with species--like ourselves--that pass down their DNA from parents to children. This transfer--called vertical gene transfer--means that the flow of genes over time tracks the flow of generations. How could it be otherwise, you might wonder?

E. coli, a resident of your gut, is also the workhorse of biotechnology because scientists have figured out how to plug genes into it with relative ease. Even a kid can do it now. So if you want to sell insulin to diabetics, you don't need a warehouse full of pig pancreases. You just need to insert the human insulin gene into E. coli, feed it some sugar, and wait for it to do your chemistry for you.

As I explain in my book Microcosm: E. coli and the New Science of Life, scientists figured out how to carry out genetic engineering on E. coli by mimicking nature. They knew that it traded rings of DNA called plasmids. Bacteria can also trade genes using viruses as their proxy. Some species can even just slurp up naked DNA. Foreign genes don't pose much risk to bacteria, it turns out. Last year a team of scientists injected 246,045 genes into E. coli and then waited to see if the engineered bacteria could continue to grow. Only 1402 genes (about 1 in 200) were toxic.

This process is known as lateral gene transfer, and it turns out to be rampant on Earth. The genome of E. coli and other bacteria are loaded with foreign DNA their ancestors picked up over millions of years. The chance that any one microbe picks up a foreign gene is tiny, and the chance that natural selection favors it over other microbes is also small. But over geological time, lateral gene transfer can have huge effects. It also raises the possibility that we must upgrade from the Tree of Life to some more powerful metaphor.

Animals still have a tree-like pattern of evolution, because we rarely pass genes around. (But perhaps we do it more than we realize! See this new paper on an antifreeze protein that cold-water fish may have traded. It's possible that when male fish flood the ocean with their sperm, some of the DNA leaks out and is taken up by the eggs of other species.) But lateral gene transfer matters a lot to life as a whole. Bacteria and other single-celled microbes make up much more of life's genetic diversity, and they were around for three billion years before animals showed up for the party. So much of the history of life may not fit the tree metaphor very well any more. No longer can we assume that the genes in a species all have the same history. Some of them may have leaped from species to species.

So how should we picture the history of life then? The newest assault on this tough question just came out in the Proceedings of the National Academies of Sciences. Tal Dagan, a biologist at the University of Dusseldorf, and her colleagues have festooned the tree of life with lateral gene transfer. They analyzed 539,723 genes from the completely sequenced genomes of 181 species of microbes. To begin making their new picture of evoluiton, they drew a tree showing how those 181 species are related. They used a gene that doesn't seem to have been traded around much, and which therefore reflects the common descent of the microbes. 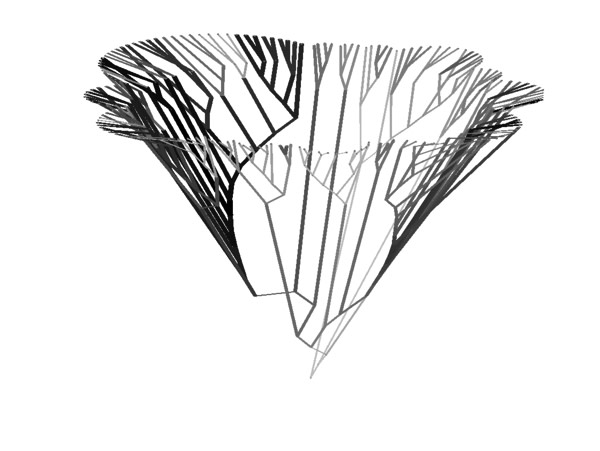 Next, the scientists sorted the genes in these species into networks, connecting similar genes to one another. In many cases, these networks matched up nicely with the branches of the tree. In other words, they were passed down from ancestors to descendants. But in other cases, some of the genes didn't line up well with this tree. These were genes that showed signs of having moved between the branches.

Dagan and her colleagues then added three sets of new lines to the tree. The first set, colored green below, are links between distantly related groups of microbes that share a gene. These links represent ancient lateral gene transfers billions of years ago. 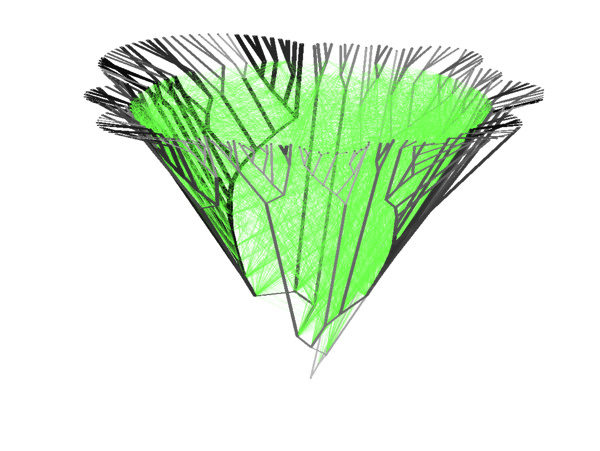 Next, the scientists identified genes that are found in a tuft of branches, as well as an unrelated single living species. These transfers probably happened more recently, after the ancestors of the 181 species branched off from each other. 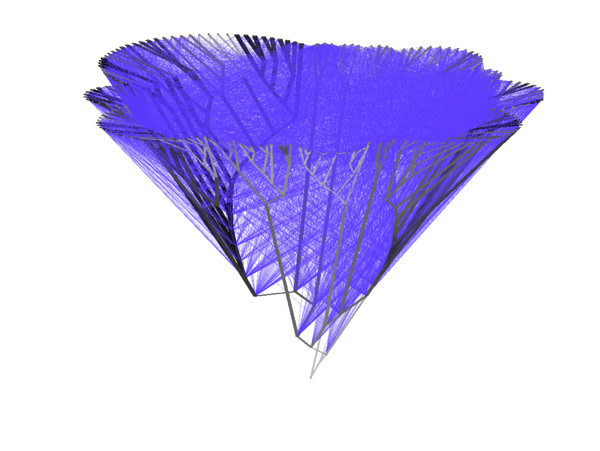 And finally, the scientists added links to show pairs of species that shared genes found in none of the others. These are probably the most recent leaps, marked below in red. 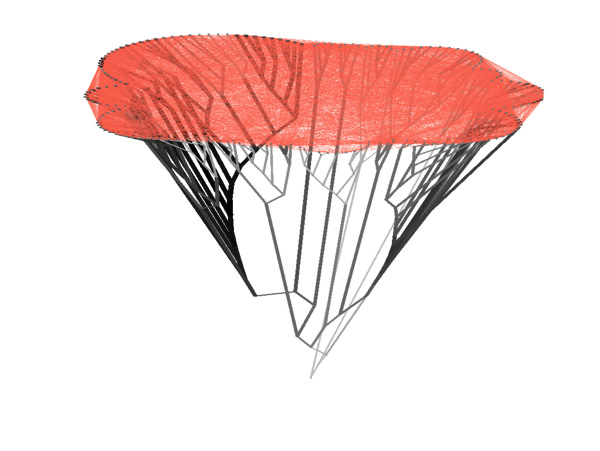 Put them altogether, and here's what you get. (I've also uploaded the full-resolution picture here: All edges) 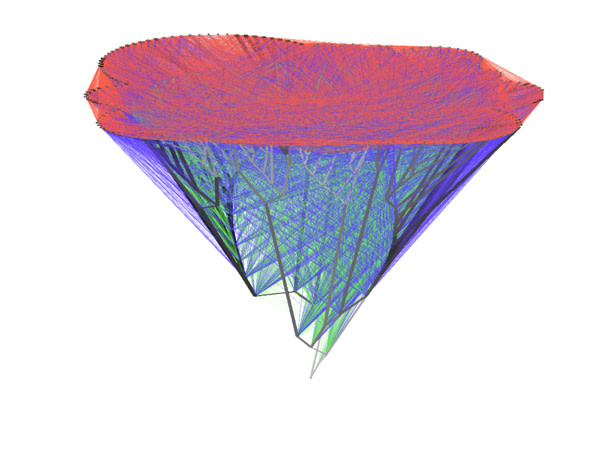 This new picture is a far cry from Darwin's sketch, and thank goodness for that. A science that doesn't move forward for 150 years isn't much of a science at all. But we may need some new metaphors to help us catch up with it.