Marine archaeologists take a submersible to a WWII shipwreck site in a new Nova episode airing late May. 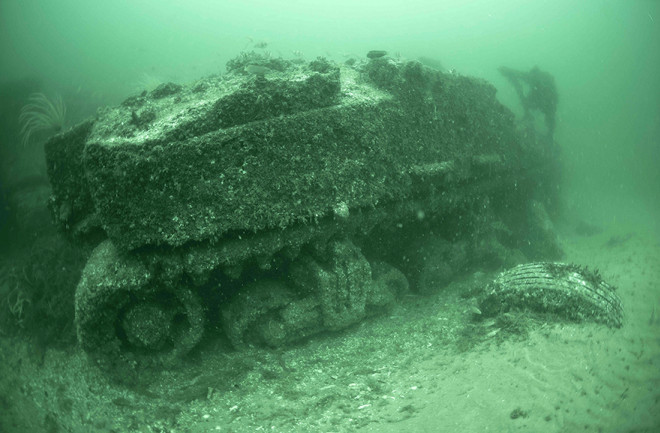 The remains of an M7 tank lost to the sea during the Normandy invasion in 1944. | Courtesy Pascal Lefloch

Whether from history books, movies such as Saving Private Ryan or firsthand accounts, most of us can picture how the 1944 Allied invasion of Normandy unfolded — on the surface, that is.

But understanding what happened below the waves of the English Channel is, as the new Nova episode explains, “like investigating a crime scene spread out over 300 miles and buried under 120 feet of water.”

A team of marine archaeologists and other researchers use cutting-edge technology to scour the underwater battlefield, identifying shipwrecks and reconstructing some of the lesser-known events of the largest naval invasion in history. The richly detailed two-hour program also reveals impressive engineering feats that made D-Day possible, from floating tanks to man-made harbors that could be erected in hours.