Everything Worth Knowing About ... Scientific Dating Methods

This dating scene is dead. 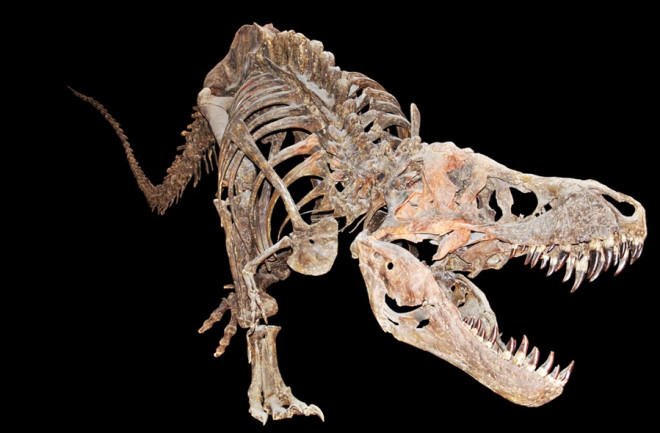 When it comes to determining the age of stuff scientists dig out of the ground, whether fossil or artifact, “there are good dates and bad dates and ugly dates,” says paleoanthropologist John Shea of Stony Brook University.

The good dates are confirmed using at least two different methods, ideally involving multiple independent labs for each method to cross-check results. Sometimes only one method is possible, reducing the confidence researchers have in the results.

“They’re based on ‘it’s that old because I say so,’ a popular approach by some of my older colleagues,” says Shea, laughing, “though I find I like it myself as I get more gray hair.”

Kidding aside, dating a find is crucial for understanding its significance and relation to other fossils or artifacts. Methods fall into one of two categories: relative or absolute.

Before more precise absolute dating tools were possible, researchers used a variety of comparative approaches called relative dating. These methods — some of which are still used today — provide only an approximate spot within a previously established sequence: Think of it as ordering rather than dating.

One of the first and most basic scientific dating methods is also one of the easiest to understand. Layers of rock build one atop another — find a fossil or artifact in one layer, and you can reasonably assume it’s older than anything above it. Paleontologists still commonly use biostratigraphy to date fossils, often in combination with paleomagnetism and tephrochronology. A submethod within biostratigraphy is faunal association: Sometimes researchers can determine a rough age for a fossil based on established ages of other fauna from the same layer — especially microfauna, which evolve faster, creating shorter spans in the fossil record for each species.

Earth’s magnetic polarity flip-flops about every 100,000 to 600,000 years. The polarity is recorded by the orientation of magnetic crystals in specific kinds of rock, and researchers have established a timeline of normal and reversed periods of polarity. Paleomagnetism is often used as a rough check of results from another dating method.

Within hours or days of a volcanic eruption, tephra — fragments of rock and other material hurled into the atmosphere by the event — is deposited in a single layer with a unique geochemical fingerprint. Researchers can first apply an absolute dating method to the layer. They then use that absolute date to establish a relative age for fossils and artifacts in relation to that layer. For example, New Zealand’s massive Taupo volcano erupted in A.D. 232. Anything below the Taupo tephra is earlier than 232; anything above it is later.

Researchers have often constructed timelines of a culture or civilization based on the stylistic evolution of its decorative or dramatic arts — that’s why the method is also sometimes called stylistic seriation. Generally speaking, the more complex a poem or piece of pottery is, the more advanced it is and the later it falls in the chronology. Egyptologists, for example, created a relative chronology of pre-pharaonic Egypt based on increasing complexity in ceramics found at burial sites.

Whenever possible, researchers use one or more absolute dating methods, which provide an age for the actual fossil or artifact. Unlike observation-based relative dating, most absolute methods require some of the find to be destroyed by heat or other means.

This family of dating methods, some more than a century old, takes advantage of the environment’s natural radioactivity. Certain unstable isotopes of trace radioactive elements in both organic and inorganic materials decay into stable isotopes. This happens at known rates. By measuring the proportion of different isotopes present, researchers can figure out how old the material is. Here are some of the most common radiometric methods:

Sometimes called carbon-14 dating, this method works on organic material. Both plants and animals exchange carbon with their environment until they die. Afterward, the amount of the radioactive isotope carbon-14 in their remains decreases. Measuring carbon-14 in bones or a piece of wood provides an accurate date, but only within a limited range. Says Shea: “Beyond 40,000 years old, the sample is so small, and the contamination risk so great, that the margin of error is thousands of years. It would be like having a watch that told you day and night.”

Also called single crystal argon or argon-argon (Ar-Ar) dating, this method is a refinement of an older approach known as potassium-argon (K-Ar) dating, which is still sometimes used. Both methods date rock instead of organic material. As potassium decays, it turns into argon. But unlike radiocarbon dating, the older the sample, the more accurate the dating — researchers typically use these methods on finds at least 500,000 years old. While K-Ar dating requires destroying large samples to measure potassium and argon levels separately, Ar-Ar dating can analyze both at once with a single, smaller sample.

U-series dating includes a number of methods, each based on different uranium isotopes’ decay rates. The uranium-thorium method is often helpful for dating finds in the 40,000- to 500,000-year-old range, too old for radiocarbon but too young for K-Ar or Ar-Ar.

Over time, certain kinds of rocks and organic material, such as coral and teeth, are very good at trapping electrons from sunlight and cosmic rays pummeling Earth. Researchers can measure the amount of these trapped electrons to establish an age. But to use any trapped charge method, experts first need to calculate the rate at which the electrons were trapped. This includes factoring in many variables, such as the amount of radiation the object was exposed to each year. These techniques are accurate only for material ranging from a few thousand to 500,000 years old — some researchers argue the accuracy diminishes significantly after 100,000 years.

Silicate rocks, like quartz, are particularly good at trapping electrons. Researchers who work with prehistoric tools made from flint — a hardened form of quartz — often use thermoluminescence (TL) to tell them not the age of the rock, but of the tool. After shaping flint, toolmakers typically dropped the rocks into a fire. Shea explains: “The rock gets heated, and the heat frees up the electrons; after that event, however, the rock starts absorbing the electrons again via cosmic rays,” essentially resetting the rock’s clock. Archaeologists also frequently use TL to date ceramics, which are also exposed to high temperatures during manufacture.

Similar to TL, optically stimulated luminescence measures when quartz crystals in certain kinds of rock last saw sunlight. Exposure to sunlight resets the crystals’ clock to zero, but, once buried, the trapped electrons accumulate what’s called a luminescence signal, which can be measured in the lab. Researchers expose a sample to certain light wavelengths that briefly “free” the electrons, just enough for each of them to emit a photon. That emitted light, the signal, can be used to calculate when the sample was last exposed to sunlight.

ESR, which measures trapped electrons using magnetic fields, is related to magnetic resonance imaging, the medical technique that allows doctors to look for tumors or peek inside your creaking knee. Because ESR essentially tracks the activity — the “spin” — of the electrons without freeing them, the sample can be subjected to repeated dating attempts. ESR also has a longer range — some researchers claim up to 1 million years — but it’s more complicated than other trapped charge methods, leaving it more susceptible to error.

This article originally appeared in print as "Scientific Dating Methods."