Even Kindergarteners Can Rate Their Own Confidence 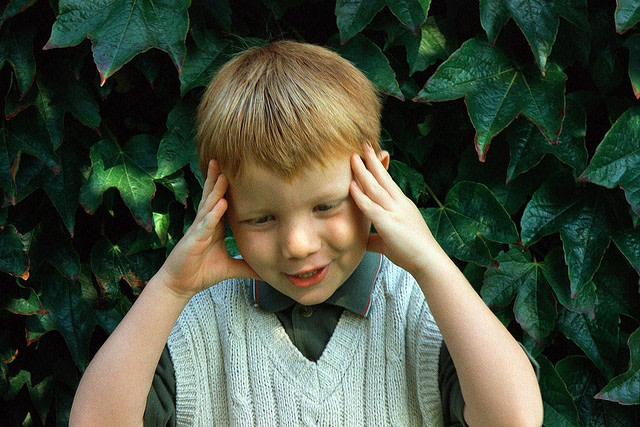 Do you remember on Who Wants to Be a Millionaire—apparently this show is still on, but I'll assume no one else has seen it this decade—how after contestants picked an answer, Regis Philbin sometimes asked, "How sure are you?" They'd pull a number seemingly out of the air: "Oh, eighty-five percent." This trick of estimating our own confidence is a psychological phenomenon called metacognition. And if you ask in the right way, even kids as young as 5 can do it. Adults aren't randomly picking numbers when we say we're 85% sure of something. We may be overconfident in ourselves, but in general we can sense when our knowledge is stronger or weaker. In kids, though, it's been harder for psychologists to tell whether this is true. Results of metacognition tests in young subjects have been mixed. "Verbal instructions can be difficult for young children to interpret and remember," says Jessica Cantlon, a cognitive scientist at the University of Rochester. "And children sometimes have difficulty expressing their knowledge verbally." That might be why kids have struggled with metacognition experiments in the past. So she and her colleagues tested kids' knowledge of their own knowledge in a way that didn't use words. The researchers gathered 45 children ages 5 to 8. In a numerical test, the kids had to look at pairs of pictures and answer two questions: "Which has more dots?" 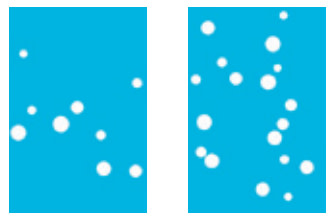 ...And "How sure are you?" There were only two options: 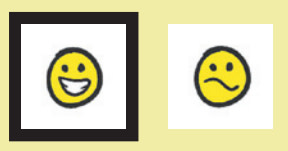 Each kid did this about 30 times, with a mix of easier and harder dot images. They also did a similar task comparing emotions instead of numbers. In this case they had to answer the question "Which person is happier?"

In every age group and for both tasks, kids accurately rated their confidence

. "Children at all ages showed significant metacognitive abilities," Cantlon says. They were more likely to be correct when they'd rated their answers with a smiley face than a squiggly-mouth face. As the questions got more difficult, kids used more squiggles and fewer smileys. Statistical tests showed that a kid's performance on one task wasn't tied to the other. That is, having good metacognition on the dots questions didn't necessarily mean you'd do the same with the faces. The researchers also saw that like adults, kids have biases in rating their confidence: they were more likely to be overconfident in the numbers task, but underconfident about emotions. As kids got older, their metacognition got better all around. Kids who did better at rating their numerical knowledge also scored higher on a school-based math test. This hints that skill with numbers might develop at the same time as the awareness of that skill develops. Cantlon says this kind of research could help teachers. "Educators and researchers already know that children's metacognition—their ability to assess their own learning and knowledge—is a powerful tool," she says. "If children begin to keep tabs on what they don't know, they can help direct their learning towards those areas." This tool may be available to kids as young as 5. That means teachers at every grade level might benefit from teaching kids to "think about their own thinking," as Cantlon puts it. Someday, maybe those kids can even win a lot of money on a gameshow—Who Wants to Be a Millionaire will probably still be on.