Even Inside Their Eggs, Bird Embryos Are Listening 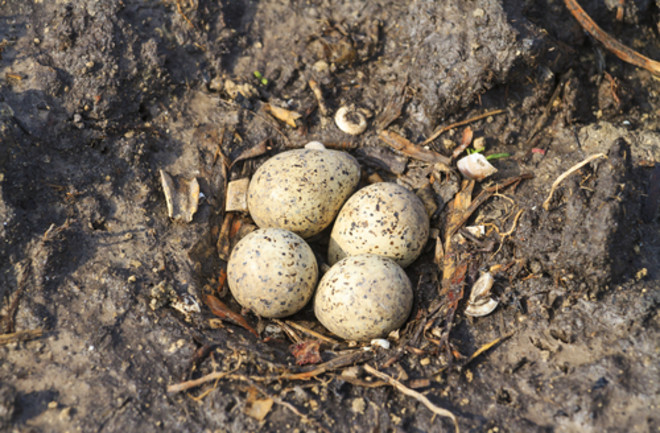 The speckled brown eggs of seabirds may look like lifeless lumps of shell, but inside, developing chicks are already paying attention to their parents. Researchers studying yellow-legged gull chicks have discovered that the animals can respond to their parents’ alarm calls while in the egg and even pass on the information to younger nestmates by rattling their shells.

The discovery shows that “even before hatching, embryos can use different sources of information – i.e. those coming from their parents but also from their siblings – to prepare themselves for the future,” said Jose Noguera, a behavioral ecologist at the University of Vigo in Spain, who led the new research.

About two miles off the coast of Spain’s northwest corner lays Sálvora Island, part of a national park. The island’s sandy beaches and rocky outcrops make favorable breeding grounds for yellow-legged gulls. But minks and other small carnivores with an appetite for seabird eggs and chicks are known to hunt there, too.

Just as human babies are sensitive to sounds in the womb, yellow-legged gull chicks can also hear the outside world as they develop in the egg. Noguera and his team thought it might be possible that the gull embryos listen to calls from their parents to learn whether predators are lurking nearby. But since seabird mothers typically lay clutches of eggs over the course of a few days, some eggs in the nest are older than others. That means some embryos may have developed the ability to hear but others have not. So, Noguera wanted to know whether embryos could pass information to each other in the nest.

To test the idea, the researchers collected eggs from yellow-legged gull nests and placed them in incubators, making sure the eggs were in contact with each other. The incubators stayed at a field station where noises from the colony and other birds hummed in the background. During the last week of the incubation period, the team removed two eggs from some of the three-egg clutches and exposed them to recordings of adult alarm calls before returning them to the artificial nest. The setup meant one egg from every clutch did not hear the alarm calls. About three days before the eggs hatched, the researchers watched how much the eggs vibrated.

Compared to egg clutches that never heard the scientists’ alarm call recordings, eggs from clutches that had heard the alarm calls vibrated more often – even the one egg from the exposed clutch that did not hear the calls. All of the exposed eggs also hatched later than the control eggs, the researchers reported Monday in the journal Nature Ecology & Evolution.

“We never thought the effects would be [so] evident,” Noguera said.

“Our findings mean that embryos are not passive agents toward their social environment. Indeed, our results suggest that social conditions are very important, even during prenatal development,” he added.