Empires of the Word & anti-Babel 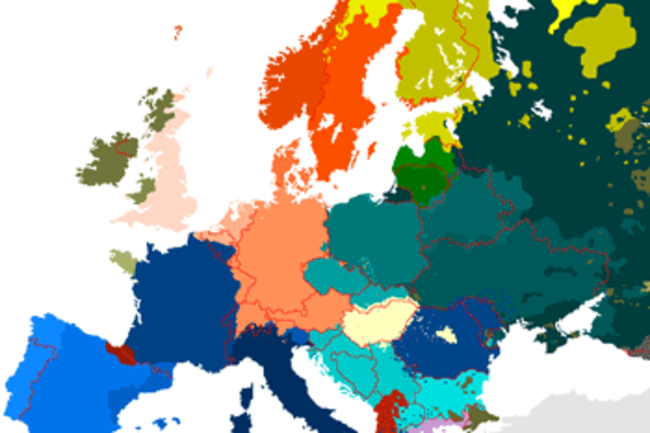 To the left you see a map of the distribution of languages and language families in Europe. Language is arguably the most salient cultural feature of our species, as well as one of the most obviously biologically embedded. The trait of language is a human universal, to the point where even those without hearing can create their own gestural languages de novo. But the specific nature of language as it is instantiated from region to region varies greatly. Language in the generality is a straightforward utility with which you communicate with your fellow man. But language also separates you from your fellow man. European nationalism in the 19th and 20th centuries was in large part rooted in the idea that language defined the boundaries of a nation. During the Reformation era some German-speaking Roman Catholic priests declaimed the value of the bond of language against that of religion, praising those non-Germans who adhered to the Catholic cause against German speaking heretics (in the specific case the priest was defending Spanish tercios brought in by the Holy Roman Emperor to put down the rebellion of Protestant German princes). In the long centuries between the Reformation and the Enlightenment the idea of a Western Christian Commonwealth slowly melted in the face of the rise of vernacular, but even after the shattering of Western Christianity with the explosion of Reformations the accumulated capital of a unified Christian European elite persisted. Hungarian Protestant students at Oxford could make do with Latin even if they were totally innocent of English (see The Reformation). Newer lingua francas, French and later English, lack the deep unifying power of Latin in part because they are also living vernaculars. They may resemble Latin in some particulars of function, but eliding the differences removes far too much from the equation to be of any use. Linguistic diversity is a fact of our universe, but how it plays out matters a great deal, and has mattered a great deal, over the arc of history. 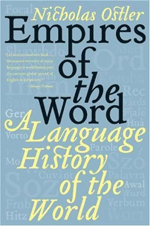 This is the subject of Empires of the Word: A Language History of the World. Nicholas Ostler, the author, tackles an enormous subject here. He acknowledges the Herculean nature of his task in the introduction. And yet he does avoid some of the more intractable controversies within historical linguistics by constraining his subject matter to the period of history. That is, where we have some written records. This means that Ostler does not address the origins of the Indo-European language family, or the more recent expansion of the Bantus. Despite being separated by thousands of years these are both in the domain of pre-history, because we have no written records of proto-Bantu or proto-Indo-European. This does not mean that the book is not ambitious all the same. On the contrary, Empires of the Word takes on the "thicker" and messier tangle which is the association between language and fine-grained historical processes, social, cultural, economic and political. How history has shaped the nature and distribution of languages which we see extant in our world today is a labyrinth with many doors. Ostler doesn't come close to opening the majority of those doors, but those he selects in Empires of the Word yield a rich number of surprises and insights, though he does not in the end seem to be able to generate a Grand Unified Theory of linguistic diversity and change from the welter of details. 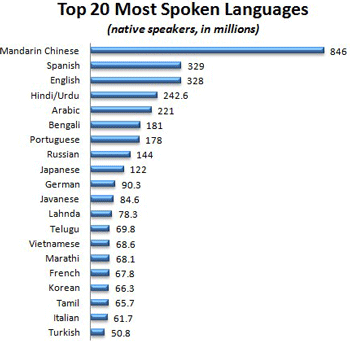