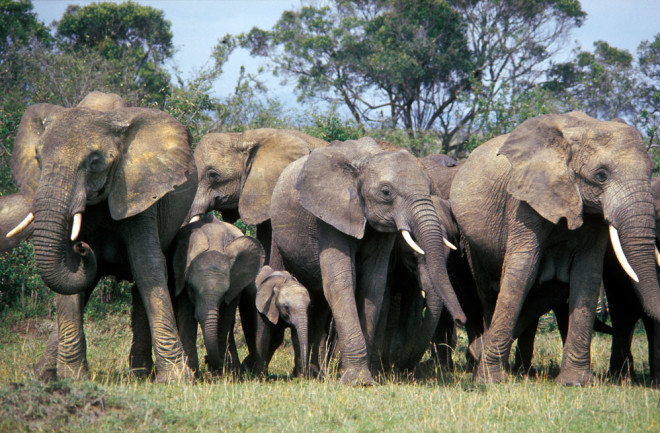 We’ve known elephants can recognize each other as individuals, but it turns out they can pick us out of a crowd, too, distinguishing ethnicity, age and sex by our voices.

Researchers studying 48 wild elephant families played recordings of voices from two ethnic groups with distinct languages in Kenya’s Amboseli National Park. Male voices from the Maasai, who are often hostile to elephants, caused the animals to sniff the air for danger and retreat into a defensive formation. But when researchers played male voices from the more elephant-friendly Kamba, the pachyderms were much less perturbed. The elephants also weren’t startled by voices of Maasai women and children, who don’t hunt, revealing the animal’s ability to discern subtle vocal differences.

“This has been one of the great aspects of studying elephants over the years, discovering that their cognitive abilities are extremely advanced in ways we may not have fully predicted,” says University of Sussex behavior ecologist Karen McComb, whose study was published in March.