Elephant poaching is a fraction of what it was, a new study reports. 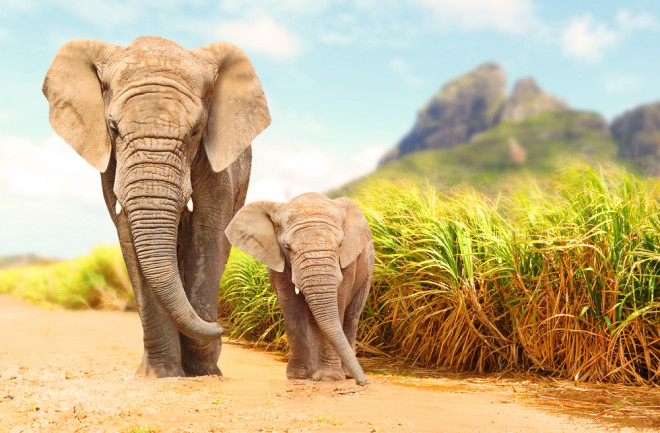 Tens of thousands of African elephants die each year from poaching. While astounding, researchers now estimate that number has plummeted since illegal hunting was at its peak in 2011. Just eight years ago, hunters took out more than 10 percent of the African elephant population — some 40,000. Now poaching kills less than four percent of the pachyderms, according to a new report out Tuesday in the journal Nature Communications. Despite the good news, it’s not cause for celebration just yet, researchers say.

“We are seeing a downturn in poaching, which is obviously positive news, but it is still above what we think is sustainable, so the elephant populations are declining,” Colin Beale, a biologist at the University of York in England, who led the new research, said in a statement.

Beale and colleagues wanted to find out what’s been driving the downturn in poaching. They knew poachers are after ivory, the white, tooth-like material that makes up elephants’ tusks. But whether it was a drop in demand for ivory from overseas markets driving the decrease, increased law enforcement making poaching more difficult, or something else, was unclear.

To find out, the researchers first estimated how many elephant carcasses found at 53 sites across the African continent were killed illegally between 2002 and 2017. They then matched these numbers up to data that gave them an idea of the supply and demand for ivory around this time. Large-scale ivory seizures and ivory prices stood in as proxies for demand and measures of corruption, poverty and law enforcement capacity gave them an idea of factors that would limit the supply of ivory.

“The poaching rates seemed to respond primarily to ivory prices in Southeast Asia and we can’t hope to succeed without tackling demand in that region,” Beale said.

China, for example, banned ivory in 2017, a move credited with helping to decrease demand for the substance. But an illegal trade still flourishes there, presenting a continuing threat.

The team’s investigation also uncovered corruption and poverty as major factors underlying poaching. The researchers say well-executed, community-based efforts that combine wildlife conservation with material benefits to community members may be a win-win that both improves elephant conservation and reduces poverty. But ivory demand is the biggest target.

“While we can’t forget about anti-poaching and law enforcement, improving this alone will not solve the poaching problem,” Beale said. “We need to reduce demand in Asia and improve the livelihoods of people who are living with elephants in Africa; these are the two biggest targets to ensure the long-term survival of elephants.”