Take a trip to Trinidad and Tobago to hear Tamil, or head to Israel to hear Hebrew. 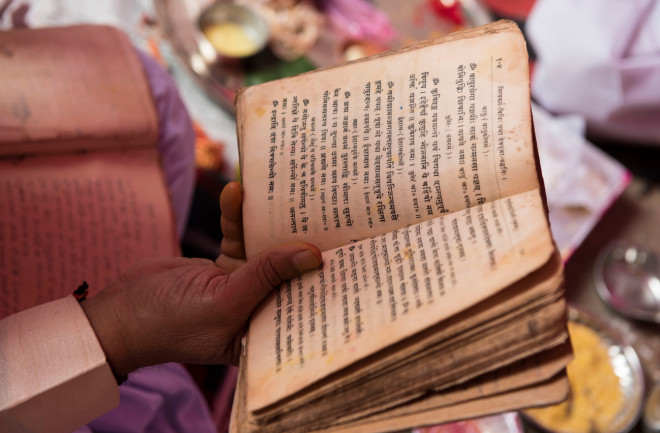 More than 7,000 languages are spoken in the world today. Papua New Guinea holds the record for most languages in one country, with an estimated 840. Even the United States, a country not known for its multilingualism, is home to over 350 languages.

But languages, much like animals, can become extinct. You probably won’t encounter someone speaking Coptic (an Ancient Egyptian language) at your local coffee shop. And though Latin is still used and even occasionally spoken, it is no longer the native tongue of any community of speakers.

Still, some languages are survivors; many of those spoken today have been around a very long time. Here are a few of the world’s oldest known languages and where you can hear them.

Hebrew is an example of a language that was almost lost, then revived. It’s at least 3,000 years old, but for about two centuries the only people who spoke Hebrew were scholars and religious leaders. The language died out as a spoken language during the first few centuries of the Common Era but was revived in the 19th century with the rise of Zionism. Today, Hebrew is the official language of Israel and the mother tongue of more than five million people — with nine million speakers around the world.

Unlike Hebrew, Tamil has an unbroken record of at least 2,500 years in both literature and everyday life. Today, more than 80 million people speak the ancient language. It is used mostly in India, Sri Lanka, Malaysia and Singapore, though there are populations of Tamil speakers in Guyana, Fiji, Suriname, and Trinidad and Tobago as well. And more recently, immigrants have taken the language to Australia, Europe, Canada and the United States.

Sanskrit has been called “the language of the gods,” not only because it’s the language of the Vedas (the scriptures of Hinduism), but because of its beauty and intricacy. It emerged around 2000 BCE and was at one time widely spoken in Central, South and Southeast Asia. Sadly, there are only an estimated two million Sanskrit speakers in India today. Because Sanskrit is the root of many Indian languages, such as Hindi and Bengali, knowing Sanskrit can help one understand these languages as well.

The Greek language dates to around 1300 BCE. Ancient Greek survives not only in the language spoken throughout Greece, the Greek Isles, Turkey and Cyprus today, but in other western languages as well. According to classics professor Tamara M. Green in The Greek and Latin Roots of English, 60 percent of English words have Greek or Latin roots. If you’re talking about specialized science vocabulary, that rises to 90 percent. While Latin is no longer anyone’s native language, it lives on in the modern Romance languages. Greek, however, is spoken by 12 million people today.

With more than one billion speakers, Chinese is the most widely spoken language in the world — and it’s one of the oldest. Chinese characters have been found on ox bones and turtle shells dating back to the Shang Dynasty, which means the language is at least 3,000 years old, and possibly older. There are many different variations of Chinese, though Mandarin is the most common. These variations are popularly called “dialects,” but they sound quite different from one another and are often categorized as separate languages by scholars. Because the dialects share the same orthography (the prominent characters you may be familiar with), however, speakers of different dialects can communicate easily through writing even if they can’t understand one another when speaking.

Arabic originated on the Arabian Peninsula in the early Common Era, then spread to Africa and throughout the Middle East. Between the eighth and twelfth centuries it was the lingua franca of philosophy and science. Arabic, the language of Islam and the Qur’an, is spoken by 420 million people today and is the official language of 24 countries.

The origins of Euskara, the oldest European language, are a mystery. It’s related to no other known language family and is the only remaining language of the tongues spoken in southwestern Europe before the Romans colonized the area beginning in the second century. Although there are few statistics available, at least 750,000 people speak the language today in parts of Spain and France.

This language is one of the most common indigenous languages in North America. It has been spoken in central Mexico since the seventh century and was once the language of the Aztec Empire. Today, somewhere between 1.5 and two million people speak some form of the Nahuatl language. Despite this, the language is endangered because it’s no longer taught to younger generations. Many common English words — tomato, chocolate, avocado, chipotle and coyote, for example — come from Nahuatl.