Billions of people eat bugs. Scientists and entrepreneurs hope you will, too. 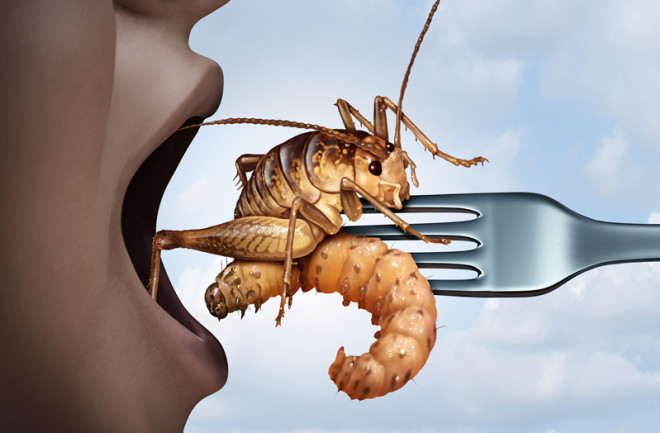 In a dimly lit warehouse in Austin, Texas, a team of robots and scientists is raising millions of six-legged livestock every month. Once fully grown, these edible insects are roasted and seasoned, mixed into granola or ground into flour.

This semi-automated, commercial-scale cricket farm is the brainchild of Aspire Food Group founders Gabe Mott, Shobhita Soor and Mohammed Ashour. When they were MBA students at McGill University in 2013, the idea won them the $1 million Hult Prize for social good.

To launch the farm, they had to think big about Acheta domesticus, the house cricket. No one had reared them for human consumption on this scale before. “We had to walk away from everything in the scientific literature,” Mott says.

The group now runs constant tests on every bin of food that’s produced — and about a million crickets are raised each day. Drops of water, hours of light, bits of feed, changes in temperature — all are valuable data points that help optimize the cricket life cycle, from birth to cricket flour.

Pound for pound, crickets and other edible insects offer the most bang for the planet’s resources. Crickets pack more protein than beef, more calcium than milk, more iron than spinach and as many fatty acids as salmon. Crickets need just 2 pounds of food for every edible pound they become. This ratio, called the feed conversion rate, is far better than their competition. For example, cows require 25 pounds of feed per pound of beef. Because it demands so many resources, the livestock industry is a significant greenhouse gas contributor and driver of deforestation. Insects are about as clean as it gets.

As Earth’s population increases by billions in the coming decades, food production must double to feed everyone. “The need for more protein is dire, and protein sources that are resilient are particularly important,” says Ashour.

That has entrepreneurs betting big that entomophagy, or eating insects, will be an integral part of the world hunger solution — and in many places, it already is. Two billion people eat insects regularly. But the edible bug biz is expected to grow to a whopping $720 million by 2024. Among the companies trying to fill the void are Aspire; Tiny Farms, an agricultural tech company raising crickets in Silicon Valley; and Bitty Foods, a startup selling cricket flour and snacks around the country.

But these entrepreneurs and engineers must optimize the cricket to meet demand.

Aspire’s main concerns are scale and efficiency, so they’re capturing troves of data to maximize yield. And crickets are perfect, chirpy little data generators. Their lives span just months, providing ample opportunity to analyze every moment to perfect production. The company’s engineers designed feeder robots that patrol the aisles of cricket bins, adding just the right amount of food and water based on a formula improved upon via billions of cricket forebears. Over the next year or so, Ashour expects 70 to 80 percent of the cricket-rearing process will be automated, with highly skilled workers doing the rest.

They’ve got a ways to go, though. Next year, Aspire will scale its 25,000-square-foot operation into an adjacent building 10 times larger. Yet even this next-gen facility will create just 300,000 pounds of cricket powder annually, “a drop in the bucket,” Ashour admits. For comparison: Humans currently consume some 8.8 billion pounds of whey powder a year.

From there, they’ll duplicate their design in connected facilities around the world. They’ve already started a pilot farm in Ghana for palm weevil larvae — another tasty insect. Eventually, billions and billions of bugs will feed data into more than 100 such farms.

That should be welcome news in developing countries with high demand but little supply. But in the U.S. and Europe, the problem is psychological. Companies must remove the “ick” factor.

That’s starting to happen via protein-rich processed crickets tucked into snacks and sweets. And last year, Saison, a Michelin three-star restaurant in San Francisco, started serving caviar with cricket broth alongside sea urchins and whole crickets. But for an entire culture shift to occur, Ashour wants to change how we talk about entomophagy. We don’t say we’re eating mammals. We say beef or pork. Ashour wants to similarly rebrand bugs.

So maybe, entomunchies? Alternative proteins? Whatever we call them, there’s a good chance more bugs will soon hit store shelves. And as we continue to refine our palate, scientists hope to satiate our eco-friendly appetites one cricket at a time.

[This article originally appeared in print as "A New Animal Farm."]