Earth Sciences are in a prime position to help mitigate our climate crisis ... but has the burden of knowing it was part of the reason we're in one. 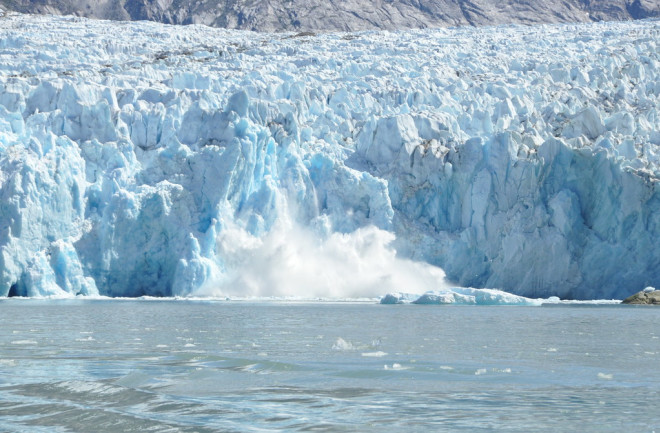 Our climate is changing. The data is clear that over the past century, and especially over the last few decades, the Earth's global climate is getting hotter. This change is caused by humans adding carbon dioxide to the atmosphere at a rate far faster than anything in the past few million years ... and all that carbon dioxide is coming from burning hydrocarbons that locked up ancient carbon into the crust.

In the middle of all this are the Earth Sciences. As a discipline, we find ourselves in the strange position of having a role in causing, finding and solving this climate change. We can also help in answering the questions about what impacts climate change might have on the planet and society. How do best approach this duty?

First off, we have to admit the role our discipline played in our climate crisis. The very first geologic map, made by William Smith in 1815, was made to find coal to fuel the British industrial revolution. Much of the our study of the planet was born out of the need to find resources for human consumption. When it was realized how coal, petroleum and natural gas could be used to power industry, the idea that it could have such a profound impact on global climate wasn't even considered.

Yet, once the clues began to fall into place through seeing the local impacts of burning and extraction of these fuels, little was done to slow down. Why? It is as simple as money. The hydrocarbon business is still hosts some of the largest corporations on the planet -- ExxonMobil, British Petroleum, Chevron and more. Many people have become very wealthy directly and indirectly from finding and extracting more oil, gas and coal.

And even if the Earth Sciences wasn't actively searching for these deposits, we used the lure of lucrative jobs to get students into the field. How many undergraduates or Masters students could boast the potential for $70,000-$100,000 starting salaries like those who went in the oil business could? I know very few geologists who haven't at least considered, sometimes in the dark of night, going into oil.

So, many of us became part of the hydrocarbon industry. If we didn't, maybe we were getting funded by such firms -- they played a big role in supporting undergraduate and graduate research. The graduates from our departments who became flush with cash would often times donate back to the schools to support new students in the Earth Sciences.

How Earth Sciences Can Help Understand the Climate Crisis

Now, that sounds like a lot of blame and guilt to lay on the Earth Sciences. We need to come to terms with that past (and still, to some degree, present). That's okay. We shouldn't indict ourselves for the sins of previous generations of geologists.

That being said, we need to acknowledge the past deeds done in the name of the hydrocarbons and then work to repair the damage. Much of this damage is not evenly distributed across the globe. Rich nations, rich neighborhoods, they have felt much less of the impact of the extraction and burning of coal, oil and gas. They also have the ability to more quickly adapt to change if they choose to do so.

There are really three areas that the Earth Sciences can add to help us through this climate crisis. First, we can help understand what happened in the planet's past when climate changed. In that way, we can begin to build models of what the future might hold.

This means that secondly, we need to work with meteorologists and climate sciences to determine what impacts climate change will have on the globe. How will changing weather patterns change where crops grow? How will rising sea levels due to melting ice alter our coastlines? What effect will all that fresh water have on ocean circulation? These can be answered by Earth scientists to help us plan on the best ways to mitigate these changes.

How Earth Sciences Can Help Solve the Climate Crisis

And that leads to how Earth scientists can help with preparing us for the new Earth of the climate crisis. When sea levels rise, we will need to think of ways to protect people and property, especially those in low-lying countries that may not have the resources to just up and move entire cities. As weather patterns change, we need to understand how hazards like flooding, landslides or storms will alter the landscape -- and the societies that live on those landscapes.

We can also help in finding new resources needed to convert our energy systems from hydrocarbons to alternative and renewable energy sources. Earth scientists will be the ones finding the rare earth elements, lithium, uranium and more to build solar arrays, wind farms, nuclear power plants. That being said, we need to extract these in a socially equitable fashion that doesn't repeat the exploitation of earlier ages.

In the future, we might even be able to ponder how we can engineer the planet itself as to slow the warming climate. This geo-engineering has a wealth of issues that go with it, especially the ethical. Any large scale change we make might impact some places more or differently than others. Who will make those decisions?

As we head towards COP26 in Glasgow, the Earth sciences are in a position to both lead the way in terms of understanding the ramifications of climate change and help mitigate the potential damage from it. At the same time, we have to acknowledge the fact that we had a hand -- maybe one of the most significant hands -- in bringing on this crisis. We might never be able to atone for this sin, but the discipline can go about becoming one that works to alleviate the damage and do so in a socially and ethically responsible way.