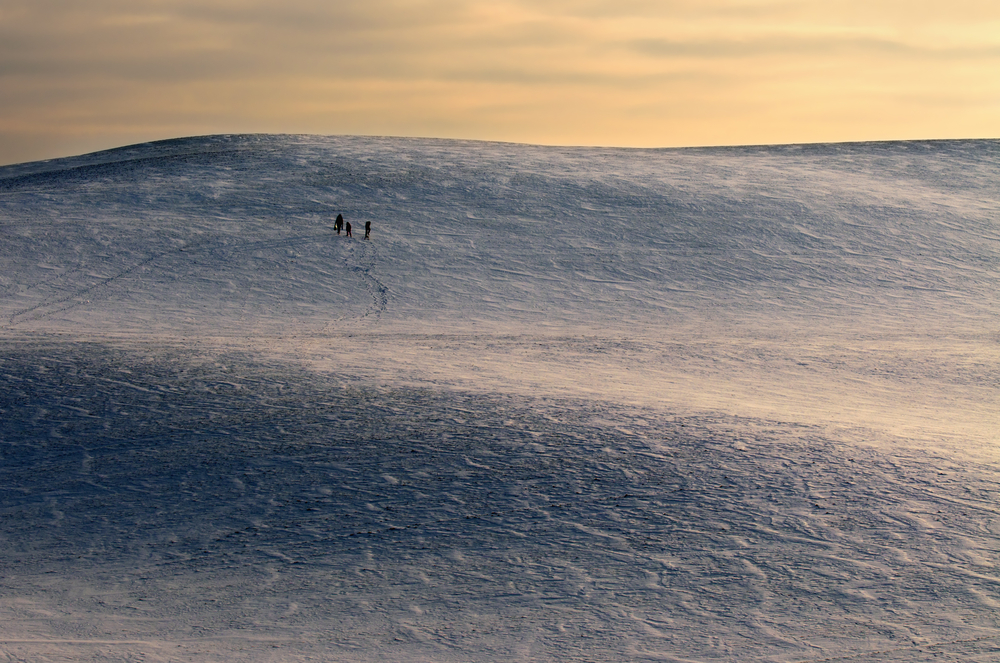 The sequencing of DNA from the earliest known North American remains has provided the first genetic confirmation of Native American ancestry, quashed a controversial alternative theory and hinted at possible migration patterns that may revise our understanding of population dispersal from modern-day Alaska to the southern tip of Chile. Whew. Pretty impressive achievements for a baby. Researchers today announced the successful whole-genome sequencing of Anzick-1, the remains of an infant boy who lived roughly 12,600 years ago. The remains were discovered in central Montana in 1968 during a construction project. Anzick-1 was a crucial find for archaeologists even before scientists completed the DNA analysis — the child's remains are the oldest known burial in North America and the only human remains ever found that are definitively associated with the Clovis people, the continent's first known indigenous culture.

Anzick-1's DNA allowed researchers to confirm genetically, for the first time, that all native peoples of North and South America descended from ancestors who arrived via land bridges from East Asia, possibly in a single migration. While there has been ample archeological evidence of the East Asian origin of Native Americans, conclusive proof based on DNA had been absent until now. Even a recent study

comparing the genes of ancient Siberian remains with those of modern Native Americans had not been as conclusive. The sequencing of Anzick-1's genome, however, revealed the child was part of a line that was directly ancestral to 80 percent of all American native peoples, and close cousins to the remaining 20 percent. In addition, analysis of the child's mitochondrial DNA indicated Anzick-1 belonged to what's known as the D4h3a haplogroup, or lineage. The finding is important — and surprising, according to researchers — because the D4h3a line is considered to be a "founder" lineage, belonging to the first people to arrive in the Americas. Although rare in most Native Americans in the U.S. and Canada today, D4h3a genes are found more commonly in native people of South America, far from the Montana cliff beneath which Anzick-1 was laid to rest.

Placing Anzick-1 in the D4h3a haplogroup suggests greater genetic complexity among Native Americans than previously believed, including an early divergence in genetic lineage 13,000 years ago or more. One theory had suggested that after crossing into North America from Siberia, one group of early Americans, with the D4h3a lineage, moved south along the Pacific coast and eventually, over thousands of years, to Central and South America. Other groups may have moved inland, east of the Rockies, as ice sheets retreated. Finding Anzick-1's D4h3a lineage in central Montana casts doubt on that theory, though researchers were quick to caution that we shouldn't draw conclusions about migration patterns more than 10,000 years ago by comparing one ancient genome with that of modern people. Only the discovery and genetic sequencing of other remains as old as Anzick-1 will clarify how and when populations spread from the far northwest of the Americas.

Anzick-1 was estimated to be 12-18 months old at the time of his death; a cause of death has not been identified. He was covered in red ochre, a natural pigment, and apparently buried with several tools made of bone or stone in the style of the Clovis people. The Clovis people are generally believed to be the first wholly indigenous culture of North America, though there is archaeological evidence — some of it contentious — of an earlier human presence in the Americas. The Clovis culture evolved around 13,000 years ago, growing out of an earlier, as-yet-undefined culture that arrived on the continent with the people who migrated from East Asia, at least 15,000 years ago and possibly much earlier. The Clovis people are known from their tools, particularly fluted spear points. In addition to these "Clovis point" projectiles and other tools, Anzick-1's grave site contained a rare elk antler tool that was already centuries old at the time of his burial and apparently intentionally broken. Archaeologists believe this may indicate the tool was an heirloom and had great significance. Without other Clovis graves for comparison, however, it remains impossible to determine whether the method of Anzick-1's burial was typical of the culture.

, published in Nature, also shuts downs an alternative theory known as the Solutrean hypothesis, which held that the Clovis people arrived in North America in a transatlantic migration from Western Europe. Although the majority of archaeologists and other scientists had scoffed at the Solutrean hypothesis, the idea had been gaining interest in the public after a sensationalized TV docudrama in 2005. The Solutrean hypothesis had become well-known enough that the team reporting the sequencing of Anzick-1, as well as other researchers discussing its significance in a separate Nature News & Views story, felt compelled to point out the new data refutes the contentious theory once and for all. As for Anzick-1, researchers discussing their findings during a press conference on Tuesday stressed that they had approached sequencing the remains with sensitivity towards Native American cultural practices regarding the dead. After consulting with tribal elders and others, researchers plan to rebury Anzick-1 later this year, honoring the traditions of the same people that the child's bones have helped to demystify.