Dogs Catch Yawns From Their Owners. Does That Mean They Empathize with Us? 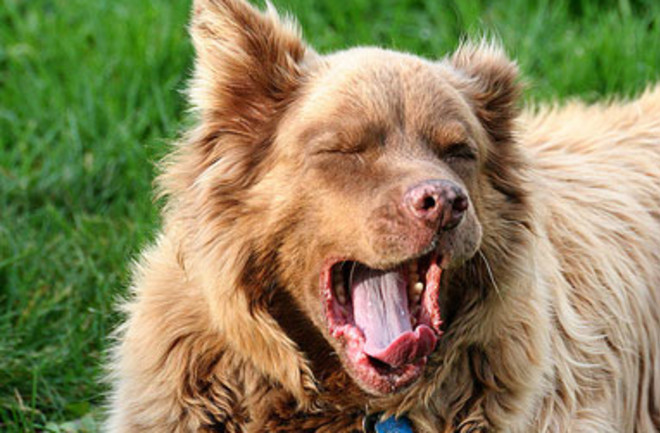 One sleepy person can start a bout of contagious yawning that quickly spreads through a room. But a new study suggests the effect may not be limited to the room's human inhabitants: Dogs can "catch" yawns from people, the study found---especially their owners, hinting that pooches may empathize with familiar people. When listening to recordings of people yawning, 12 of the 29 dogs in the study yawned themselves. It made a big difference, however, whom they heard: The dogs yawned more than four times as much when they heard their owner yawn as when they heard as a stranger. Earlier work has suggested a link between contagious yawning and empathy. Humans and chimps both yawn more when friends and acquaintances yawn than when strangers yawn, and people who don't have much insight into what others are feeling---such as very young children and people with autism---don't seem to catch contagious yawns. This is some of the strongest evident yet that dogs---humans' constant companions for 15,000 years---may be able to empathize with us. But a yawn alone can't tell us what's going on in a dog's brain, or its heart of hearts. A similar behavior doesn't necessarily mean a similar emotion underlying it: What looks like empathy could be something simpler, or something else entirely. [via ScienceNOW]