Do We Really Need to Protect Every Species From Extinction? 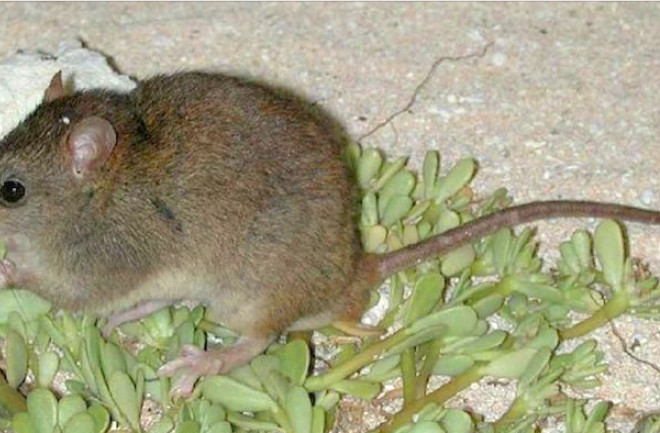 The Bramble Cay melomys lived solely on a small island at the northern tip of the Great Barrier Reef. It was wiped out in 2016 by sea-level rise. (Credit: Ian Bell/EHP/State of Queensland/Wikimedia Commons)

This article appeared in the June 2021 issue of Discover magazine as "Do We Really Need to Protect Every Species?" Become a subscriber to support our science journalism.

Extinctions of species occurred long before humans arrived on Earth. By that definition, it’s a natural process. But today, extinctions are increasing rapidly — and very often linked to human activities. Take the Bramble Cay melomys, a small rodent on a remote island uninhabited by humans. In 2016, it became the first mammal to be erased from the planet due to climate change. Some conservationists mourned, but others questioned whether every extinction is something to worry about.

In the face of tough decisions about human lifestyles and the climate crisis, a split among scientists is surfacing. Losing one species may not change life as we know it, so perhaps our limited conservation resources should focus on preserving the biodiversity in those systems where it benefits humans. Sometimes, such as when dense forests prevent landslides, a great diversity of species isn’t needed to perform this function. Essentially, we must ask the question: How should we value life?

The Claim: Protect Ecosystems, Not Species

For Peter Kareiva, the president and CEO of the Aquarium of the Pacific, the term biodiversity crisis wrongly inflates the role of individual nonhuman species in human well-being and prosperity, when in reality, holistic ecosystems are more important. A marshland th

at stifles tidal waves may not need 16 different species of shellfish to hold it together. It’s a “dramatic extrapolation,” he says, to conclude that the extinction of one species would imperil the coastline and thus human well-being.

Kareiva adheres to a metaphor developed by biologist Paul Ehrlich: Nature is like an airplane, and species are the rivets that hold it together. Without a few rivets, a plane can still fly, but if you take too many out, the plane will fall apart and crash. The trouble is, Kareiva says, we don’t know how many rivets we can take out. Instead of trying to nail down that number, we would be better served focusing on an ecosystem’s functions — that is, keeping the plane in the sky, rather than saving every rivet. “The first question you ask is, if this species goes functionally extinct, what will be different about the world?”

A scientist’s role, he says, should be to answer that question as the evidence society uses to decide whether a species needs to be saved. Some conservation biologists, however, have turned into activists, when instead it is up to society to weigh social and cultural values against what it would take to protect a species. Often that means deciding whether to spend hard-to-find money in conservation or elsewhere.

Tierra Curry is both a scientist and activist with the Center for Biological Diversity, and she’s well acquainted with the nonprofit cash crunch. Sometimes she feels pushed to concentrate efforts on protecting a more famous species, like the monarch butterfly, rather than the seemingly mundane freshwater mussels in the art that line her walls.

A focus on preserving ecosystem services can often bolster financial support, but for her, allowing a species to go extinct is wrong. The funding exists for conservation, but we choose not to use it. “Extinction is a political choice,” she says. “ ‘We only have $100 million, what can we save?’ That’s not the question. The question is, ‘How do we get a billion dollars?’ ”

Valuing the natural world in terms of how each individual species benefits humans may be too narrow a view, Curry says. “We’re not always looking at the right metrics.” For instance, genetic diversity can make ecosystems resilient in the face of drastic changes like climate change and disease, she notes. A single invasive species may replace native species and accomplish an ecosystem function in the short term, but a disease would more easily wipe it out in the future.

Curry’s main motivation, however, is morality. Mass global extinctions have happened five times before, but humans have the capacity to understand that we are causing this one. “Because we know,” she says, “I think we have the moral responsibility to take care of our fellow earthlings.”