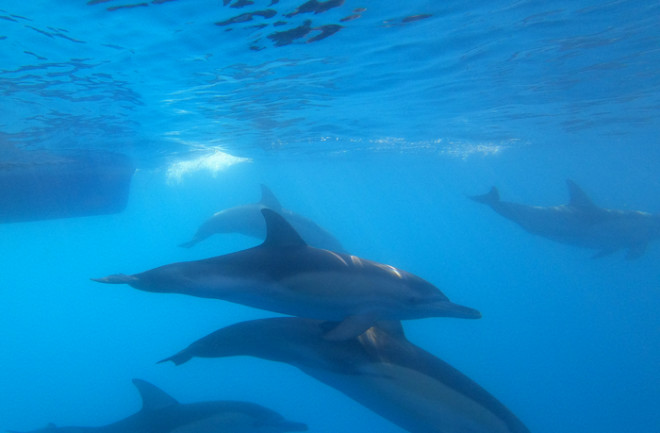 Biodiversity could be a key component in how the common dolphin, Delphinus delphis, adapts to changing ocean conditions, say researchers from Flinders University. As part of the study, recently published in BMC Ecology and Evolution – researchers took part in a census to determine the genetic diversity in over 200 dolphins along 3,000 km (about 1800 miles) of the southern coast of Australia. Their findings may help in future conservation efforts.

According to Andrea Barceló, first author of the study, higher levels of genomic variation may be vital to the survival of wide-ranging marine mammals and other marine species. Because of this, researchers are calling for policy changes and conservation efforts to protect adaptive DNA diversity. This protection will allow for genetic flow among dolphins so they can more easily adapt to habitat changes due to climate change or other human enterprises.

“Information about how the environment affects DNA diversity of marine populations can assist with the population management and in forecasting how they may cope with climate change and other anthropogenic impacts,” says Barceló in a press release.

The study focuses on five groups of dolphins from Western Australia to Victoria. Researchers compared their adaptive divergence by factors such as food supply, water temperature, currents and salinity.

Dolphins on the southern coast of Western Australia had genomic variations that relied on currents, whereas the surface temperatures of the water determined the genomic variations for dolphins along the continental shelf break. Dolphins in protected areas, however, experience genome variation due to salinity levels and local water temperatures.

“While so many breeding and feeding conditions are still unknown, it’s important for managers of our coastal environments to consider the importance of DNA diversity,” says Luciana Möller, co-author of the study, in a press release. “Particularly in the event of changes in key environmental conditions such as water temperatures, salinity and food sources.”

With this new data, researchers are hopeful it will contribute to helping and preserving other marine life and habitats in the future.