Discovery could change how we study dino physiology and how we analyze fossils. 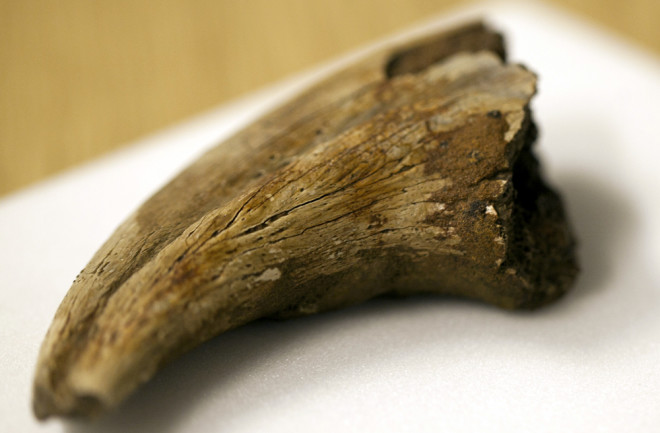 Among the fossils studied was this claw of an unidentified theropod, found in Canada in the early 20th century. I | Laurent Mekul

An off-the-clock project begun on a whim may cause paleontologists and museum curators to rethink their fossil collections.

Preserved soft tissue from dinosaurs is limited to a handful of exceptional specimens. In all but the most unusual circumstances, the tissue breaks down quickly after death — even remnant proteins were believed to last a few million years at most.

In June, however, researchers reported evidence of blood cells and collagen fibers in poor-quality fossil fragments that were 75 million years old. The discovery opens a new avenue into studying dinosaur physiology and could spur changes in how fossils are analyzed.

The project was born when paleontologist Susannah Maidment and biomedical researcher Sergio Bertazzo struck up a casual conversation at Britain’s Imperial College London. Bertazzo, who researches microcalcification in living tissue, was curious to see what fossils looked like under a scanning electron microscope. Maidment, who studies dinosaur motion, was intrigued, too.

“The museum was worried we would destroy whatever they gave us, so they gave us ‘bad’ samples that were just sitting there for more than 100 years,” says Bertazzo.

Bertazzo was shocked when he saw what appeared to be blood cells in the fossils. Maidment was skeptical: “I thought it had to be bacteria, or pollen, or modern contamination.”

But additional research has confirmed that structures resembling blood cells and collagen protein fibers — key elements of connective tissue — were preserved in six of eight fragments. The findings mean that even subpar fossils discarded at digs or tossed in museum collection junk drawers could yield valuable evidence about how dinosaurs lived and evolved.