Did Craig Venter Just Create Synthetic Life? The Jury Is Decidedly Out 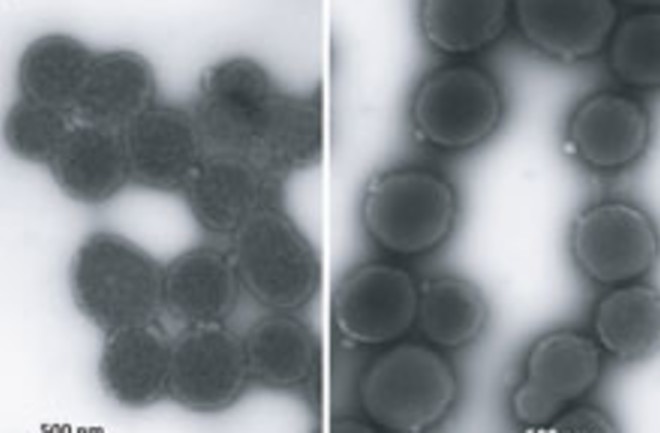 In another step forward in the quest to create artificial life in a test tube, a team of genetic engineers led by Craig Venter has built a synthetic genome and proved that it can power up when placed inside an existing cell.

Dr. Venter calls the result a “synthetic cell” and is presenting the research as a landmark achievement that will open the way to creating useful microbes from scratch to make products like vaccines and biofuels. At a press conference Thursday, Dr. Venter described the converted cell as “the first self-replicating species we’ve had on the planet whose parent is a computer.” [The New York Times]

is worth crowing about. The researchers built on Venter's trick from last year

, in which he took the genome from one bacterium, transferred it the hollowed-out shell of a different bacterial species, and watched as the new cell "booted up" successfully. In this new step, the researchers built a genome from scratch, copying the genetic code from a bacterium that infects goats and introducing just a few changes as a "watermark"; then they transferred that synthetic genome to a cell. As the researchers report

in Science, the cell functioned and replicated, creating more copies of the slightly altered goat-infecting bacterium--now nicknamed Synthia. But the reactions to Venter's accomplishment have been mixed--while some celebratory headlines

trumpeted the creation of artificial life, many scientists said the reaction was overblown, and took issue with Venter's claim of having created a truly synthetic cell. Here, we round up a selection of responses from all corners of the science world. Bioethicist Arthur Caplan finds the philosophical ramifications of the work fascinating:

"Their achievement undermines a fundamental belief about the nature of life that is likely to prove as momentous to our view of ourselves and our place in the Universe as the discoveries of Galileo, Copernicus, Darwin and Einstein." [Nature News]

But many experts say that since Venter copied a pre-existing genome, he didn't really create a new life form.

“To my mind Craig has somewhat overplayed the importance of this,” said David Baltimore, a leading geneticist at Caltech. Dr. Baltimore described the result as “a technical tour de force” but not breakthrough science, but just a matter of scale.... “He has not created life, only mimicked it,” Dr. Baltimore said [The New York Times].

In addition, many experts note that the experimenters got a big boost by placing the synthetic genome in a preexisting cell, which was naturally inclined to make sense of the transplanted DNA and to turn genes on and off. Thus, they say, it's not accurate to label the experiment's product a true "synthetic cell." Meanwhile, physicist Freeman Dyson backed his way into paying the researchers a compliment in his own inimitable way:

This experiment, putting together a living bacterium from synthetic components, is clumsy, tedious, unoriginal. From the point of view of aesthetic and intellectual elegance, it is a bad experiment. But it is nevertheless a big discovery. It opens the way to the new world of synthetic biology. It proves that sequencing and synthesizing DNA give us all the tools we need to create new forms of life. After this, the tools will be improved and simplified, and synthesis of new creatures will become quicker and cheaper. Nobody can predict the new discoveries and surprises that the new technology will bring [The Edge].

And while some horrified environmentalists called for an immediate halt to such experiments, arguing that unnatural life forms could cause unknown disasters if released into the wild, Paul Keim of the National Science Advisory Board for Biosecurity was quick to reassure the public.

Keim said there is no new hazard because the Venter team manufactured a genome whose structure and function were already understood. The researchers didn't create a novel life form. "We have a long way to go before we see a totally synthetic organism that does something important or dangerous," he said. [Washington Post]

80beats: On the Quest for Synthetic Life, Scientists Build Their Own Cellular Protein Factory