Did a Natural Gas Operation Cause a Spasm of Texas Earthquakes? 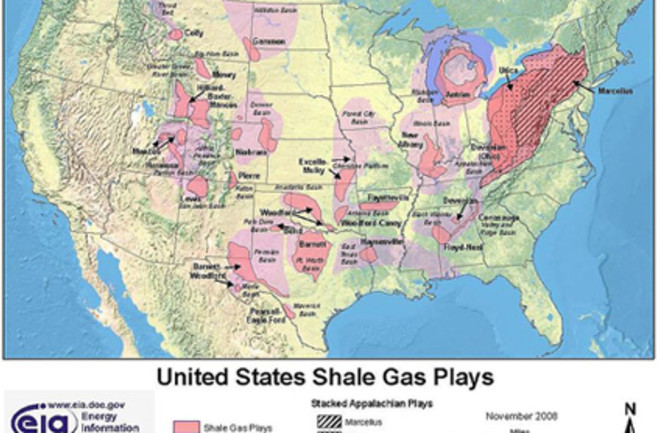 When small earthquakes rumbled beneath northern Texas in 2008 and again in 2009, scientists were puzzled. While they expect to see seismic activity in active zones like Haiti, Chile, and Turkey, where disasters have already struck this year, the area around Fort Worth, Texas sees only rare and tiny seismic activity. Now, some Texas seismologists are arguing that techniques used in conjunction with natural gas exploration provide a plausible explanation for what's going on. North Texas sits atop the Barnett Shale, one of the several giant layers of shale in the United States believed to hold a truly massive amount of natural gas.

. The reason these giant deposits have remained largely untapped, however, is that shale isn't particularly porous, and so extracting it requires drillers to fracture the rock in multiple places. However, according to seismologist Brian Stump, it's not the actual fracturing that may be to blame in this earthquake case. Rather, he points to "injection wells," which are a way to get rid of the waste water that this gas exploration creates.

Each natural gas well produces millions of gallons of wastewater that can be contaminated with salt, chemicals and crude oil. Injection wells dispose of the waste by forcing it deep into the ground under high pressure [Houston Chronicle]

. Stump's team used records of 11 of the tiny earthquakes (which at a magnitude of about 3.0 were too small to cause damage on ground level) to narrow the search for the quakes' source. Those records pointed them to an area near the Dallas-Fort Worth airport where an injection well sits. Because that well is close to an old fault, Stump's team says the heat or pressure that the massive discharge of waste water creates is a plausible explanation for Texas' quakes. However, they are careful to note that this is simply a plausible answer, and that the link hasn't been proven. Understandably, Chesapeake Energy, which owns the well, was quick to reiterate that latter point, though the company closed the well last year as a precaution.

"A direct, causal relationship between saltwater disposal wells and seismic activity in the DFW area has not been scientifically proven,” spokesman Brian Murnahan wrote in a statement. He declined to elaborate [Houston Chronicle]

. Related Content: Discoblog: Chile Quake Shifted Earth’s Axis, Shortened the Length of a Day 80beats: Why Chile’s Massive Earthquake Could Have Been Much Worse 80beats: Where in the World Will the Next Big Earthquake Strike? 80beats: Satellite Images Show the Extent of Haiti’s Devastation 80beats: The Earth *Really* Moved: Chilean Quake Shifted a City 10 Feet to the West 80beats: Geothermal Energy Project May Have Caused an EarthquakeImage: Energy Information Administration (map of major shale gas deposits)