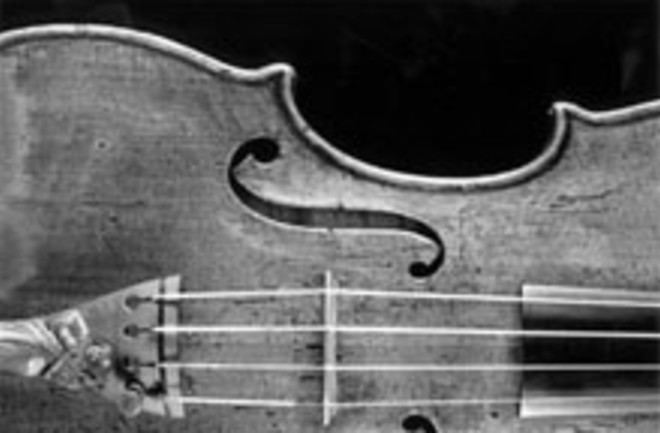 After running a batch of 300-year-old Stradivarius violins through a sophisticated medical scanner, researchers say they may have figured out why the aged instruments are revered for their tone, clarity, and power: The wood used for the ancient violins shows a more consistent density than that found in modern violins, and researchers argue that this difference may affect how vibrations travel through the wood. In particular, the old wood shows less variation in density within growth rings, researchers say. Tree rings are comprised of a lighter, spongier portion that is produced during rapid spring growth and a darker, denser portion produced later in the year; in the Stradivarius wood these differences are less pronounced.

Other researchers who have studied the activity of the Sun have pointed to a mini-Ice Age that occurred in the early 1700s. Experts say that this reduced solar activity, called the Maunder Minimum, could have hampered the regular growth of trees [BBC News].

The study, which was published in the journal PLoS ONE, was just the latest inquiry into the word's most famous instruments, which sell for millions.

Antonio Stradivari, who was based in Cremona, Italy, made around 1,100 violins in the late 17th and early 18th centuries, mainly from maple and spruce. Just over half have survived. Over the centuries many luthiers have attempted to replicate his instruments, without success [Telegraph].

However, the new study is the first to examine the violins using a CT scanner

that is normally employed to study the density of the tissue within a patient's lungs [The Independent].

Not everyone is convinced that the researchers have discovered the Stradivarius secret. Violin expert and mechanical engineer Jim Woodhouse argues that the density variations wouldn't make an obvious difference to the instruments' sounds, and even questions whether the aged instruments represent the true pinnacle of violin-making. “There’s a lot of folklore” about Stradivarius violins, Woodhouse adds

. Not all of the master’s instruments are blessed with the sound quality that the best are well known for, he notes, and the acoustical characteristics of some modern-made instruments are a lot closer to those of Strads than is usually imagined [Science News].