Visiting volcanoes can be dangerous, especially ones that are persistently restless. The deaths at White Island are a chilling example. 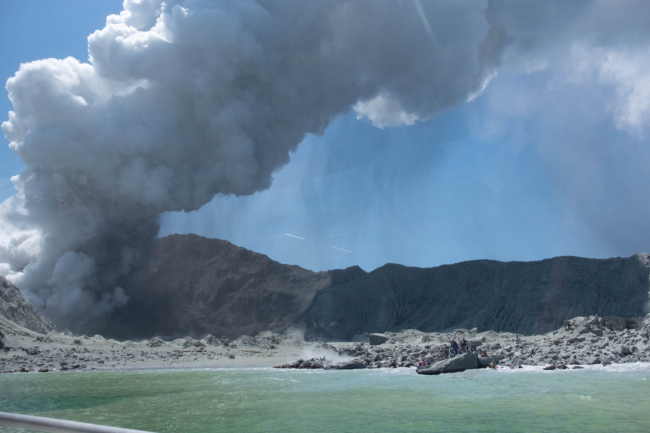 Earlier today, White Island (Whakaari) in New Zealand's Bay of Plenty had a moderate explosive eruption. This in itself is noteworthy, as the volcano has been quiet for years. Unfortunately, a number of tour groups were exploring the crater area of the small volcanic island when the blast happened unexpectedly. The BBC reports at least five people have been killed by the eruption, and dozens are still missing. Video was taken from a boat nearby and posted on Twitter.

This is the second eruption this year in which tourists were killed at volcanic islands. Explosions from Stromboli in Italy killed a tourist in July. A few years ago, over 40 died when an unexpected explosion caught hikers unaware at Mount Ontake in Japan and at least six hikers were killed at Mayon in the Philippines during a similar unexpected blast. 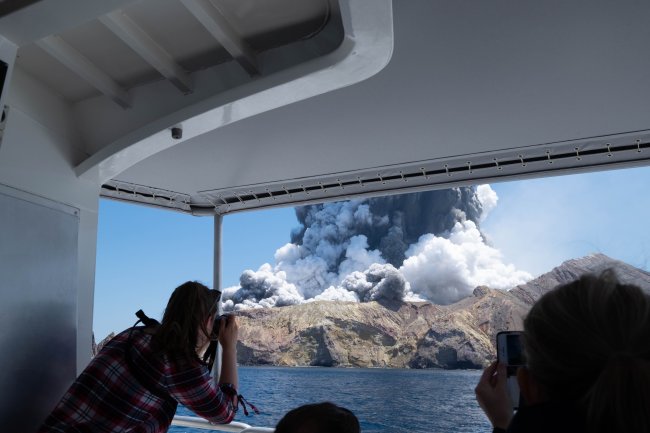 White Island (known as Whakaari to the Maōri) had seen increasing unrest over the last few weeks, with rising volcanic gas emissions and some small earthquakes under the island. This summer, the sulfur dioxide emissions reached some of the highest on record, all signs that magma could be entering the White Island system.

However, today's blast may have been a phreatic, or steam-driven, eruption. Water from the surface or crater lake that percolated into the rocks may have gotten hot enough to flash into steam, creating an explosion that sent an ash-and-steam plume over 12,000 feet (3.6 kilometers) upwards. 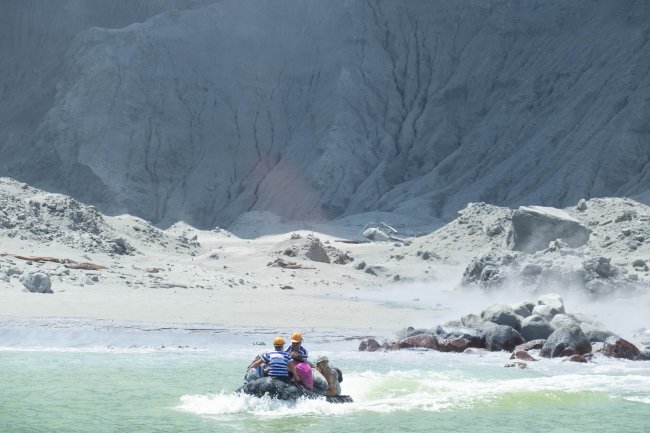 Geologists from geoscience company GNS Science speculate it could be a "throat-clearing" eruption caused by heating and gasses from new magma potentially entering the system — but they emphasize that it is too early to know what the volcano might do next. Since the eruption, the volcano has calmed and emissions have decreased, but webcam images show a new layer of gray ash across the island.

White Island is a popular tourist destination. However, I've always been skeptical of the safety of such trips. There are few shelters or places to escape during an eruption — and, as this blast shows, they can come unexpectedly. Deaths during blasts like this tend to be related to blunt force trauma by flying debris. Additionally, ash inhalation can cause death rapidly if one inhales the hot volcanic glass. 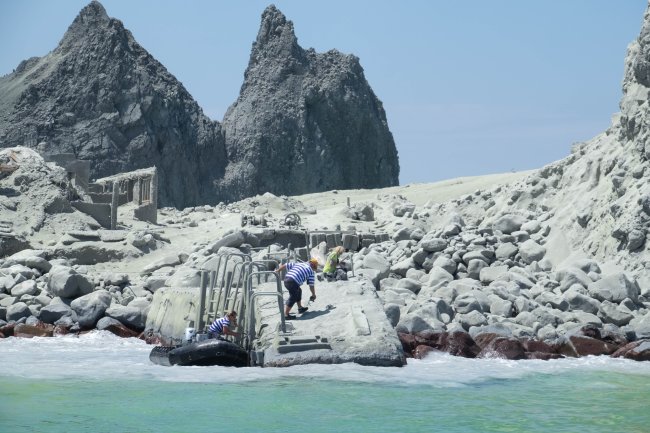 A photo of White Island after the eruption took place. (Credit: Michael Schade/Twitter)

Although you might instantly jump to the idea that officials should have "known better" or offered more warning, volcanic explosions like this can be almost impossible to predict. Volcanoes can show signs of unrest, but we have no way of knowing that they will or won't erupt at a specific time. This hasn't stopped people from suing over such tourist disasters.

In all, this is another volcanic tragedy that might have been avoided. The excitement of visiting a volcano is palpable, I know. I chose to not visit White Island when presented with the opportunity because I was concerned about supporting these endeavors. Yes, the eruptions might be rare and so are the deaths, but any time they can be avoided and weren't makes a natural event into a disaster. 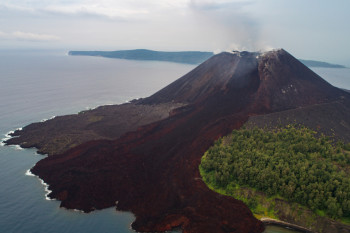 Planet EarthKrakatoa Is Still Active, and We Are Not Ready for the Tsunamis Another Eruption Would Generate