Death in the octopus's garden 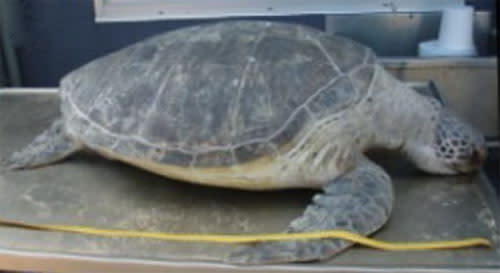 Two turtles washed up dead in Moreton Bay, Australia, with no obvious signs of injury or illness. What killed them? I tell the story in a guest-post for Last Word on Nothing, my favourite science blog network. Here's how it starts; do go and read the full thing.

There is an old story about a scorpion and a turtle. Variants abound, but the basic tale revolves around an unusually talkative scorpion that asks a turtle for a lift across a river. The turtle refuses at first, fearing the scorpion’s sudden but inevitable betrayal. The scorpion insists, the turtle relents, and the two get halfway across before the scorpion predictably stings the turtle. As they sink to their mutual deaths, the turtle asks, “Why did you do it?” The scorpion simply replies: “It’s my nature.” This story is similar, except an octopus plays the role of the scorpion, and no one talks. Moreton Bay, on the eastern coast of Australia, is home to around 20,000 green turtles. Kathy Townsend found one of them on October 11, 2008, washed up on a sand bank and dead. Townsend had been studying the links between human activity and sea turtle deaths, but it was clear that this turtle was not killed by people. On the surface, it had no signs of injuries, and it seemed perfectly healthy. “By all rights, it should have still been alive,” says Townsend. She started cutting.