Deadly (And Delicious!) Nightshades Much Older Than Thought 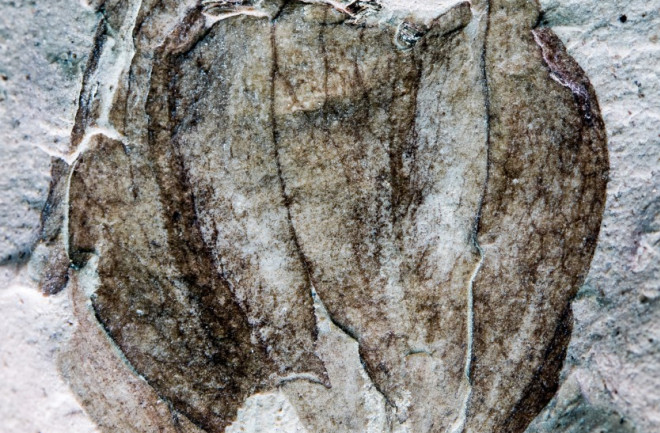 The new fossil Physalis infinemundi from Laguna del Hunco in Patagonia, Argentina, is 52.2 million years old and preserves a feature familiar to anyone who grows tomatillos or groundcherries: a papery, lobed husk with visible veins. Credit: Ignacio Escapa, Museo Paleontológico Egidio Feruglio. Preserved for more than 50 million years, a pair of fossilized tomatillos from Argentina are rewriting the story of nightshades, those sometimes deadly, sometimes delicious, sometimes hallucinogenic plants common the world over. Nightshades include tomatoes, potatoes, eggplant, peppers, belladonna, petunias and tobacco, a few of which are commonly used as plant models in scientific research, and several of which probably landed on your dinner plate recently (though hopefully not the poisonous belladonna). Aside from the fossils' gorgeous state of preservation, the new Physalis infinemundi specimens are significant because they push back the evolution of nightshades — way back.

A pair of dried modern groundcherries, in this case members of P. angustifolia, show details identical to the fossils 52.2 million years their senior. Credit: Peter Wilf, Penn State. If you're not a gardener or foodie, you might be thinking toma-whatta? But you've probably had tomatillos: They're the base for chili verde, salsa verde and many other green-sauced dishes. In your local grocery store, they're those things that look like green or yellow (sometimes purple) tomatoes, each of which comes wrapped in its own little papery jacket. That husk is a key characteristic of the genus Physalis within the flowering nightshades, all of which evolved in what's now the Americas.

Until the fossilized tomatillos turned up, the early fossil record for the entire nightshade family was rather, ah, shady. You might have a piece of wood here, a few teeny tiny seeds there, etc., but the fragile flowers and the fruits we find so delicious were not fossilization friendly. Researchers have had to rely more on data-crunching than actual fossils to figure out the plants' evolution. Previous evolutionary chronologies, based on those scant fossils and molecular modeling, suggested the entire nightshade family evolved 35 to 51 million years ago, and that the Physalis genus didn't show up until 9 to 11 million years ago. So you can understand that the 52.2 million-year-old Physalis specimens are kind of a big deal.

This fossil of P. infinemundi includes the berry, visible as a dark area near top of photo. Credit: Peter Wilf, Penn State Not only are these fossils beautifully preserved and confidently dated, but because molecular modeling shows that Physalis turned up rather recently in nightshade evolution, the nightshade family itself must be much, much older than the previous upper estimate of a mere 51 million years. Published today in Science, the discovery of the fossilized Physalis has some geobotanical consequences, too. The tomatillos were blossoming in Patagonia at a time when southern South America was still fairly close to Antarctica in those post-Gondwana break-up years. It's possible that the frozen continent, significantly more temperate at the time, might have been home to groundcherries as well, opening the door to endless chilly chili jokes.

Today's find inspires me to reach into my freezer for a quart container of the tomatillos harvested from Garden2016, whip up a batch of chili verde and watch the delightfully cheesy video (I do love hand-waving produce) that the fine folks at Science/AAAS put together to mark this important find. Tonight at dinner we'll raise a fork to the glorious, ancient lineage of nightshades — more ancient than ever.