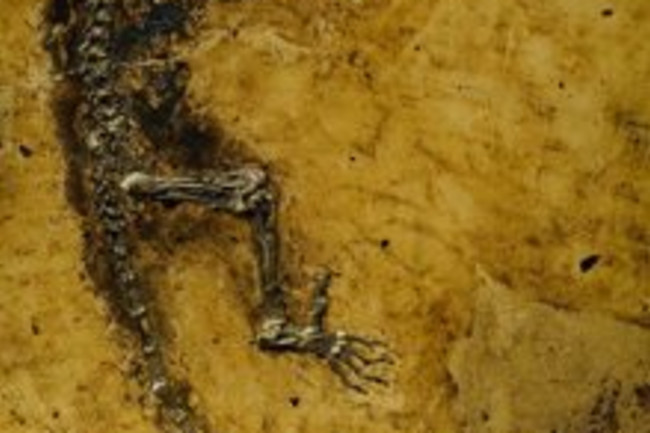 The story of Darwinius masilae continues... In our previous chapter, we noted that the scientists who described this fossil claimed "no competing interests exist," ignoring the fact that the fossil was the center of a spectacular media circus that included a heavily financed TV documentary. I contacted Peter Binfield of PLOS One, where the paper was published, and asked for a comment. He said he was contacting the authors and would get back to me. He has. The paper is going to be formally corrected, and in the interim the following statement has been posted to the comment section on the paper's website: "The authors wish to declare, for the avoidance of any misunderstanding concerning competing interests, that a production company (Atlantic Productions), several television channels (History Channel, BBC1, ZDF, NRK) and a book publisher (Little Brown and co) were involved in discussions regarding this paper in advance of publication. However, to clarify, none of the authors received any financial benefit from any of these associations and these organizations had no influence over the publication of this paper or the science contained within it. The Natural History museum in Oslo will receive some royalty from sales of the book, but no revenue accrues to any of the scientists. In addition, the Natural History Museum of Oslo purchased the fossil that is examined in this paper, however, this purchase in no way influenced the publication of this paper or the science contained within it, and in no way benefited the individual authors." I'm no expert in the ethics of fossils and museums, and so I'll need to ponder this statement a while before commenting. In the meantime, let me throw this one out to those in the know. What do you think? Is this kosher?