Could Evolution Ever Yield a ‘Perfect’ Organism? 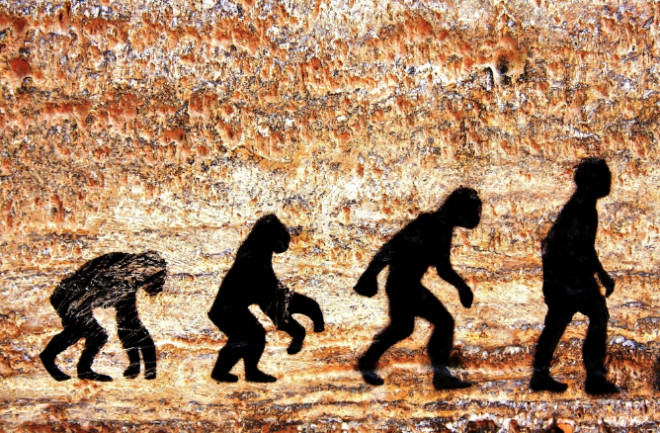 It’s a crazy world out there, and if an organism wants to survive, it had better have the right tools for the job.

From anteaters to chameleons, animals have gained some pretty useful features over time, helping them to adapt to their environments and beat out the competition. Driving all of this diversity is natural selection, or the process by which beneficial mutations in genomes are identified and promoted, enabling organisms of all stripes to live longer, mate more often or perhaps just look weirder.

What’s the end game in terms of evolution though? Is there a “perfect” form that all organisms are working and evolving toward? Is there an end game? The notion of evolutionary perfection, while enticing, is likely a myth say researchers at Michigan State University. Led by Richard Lenski, a team of scientists has been observing a long lineage of E. coli bacteria for almost 28 years.

Encompassing over 60,000 generations of bacteria, the Long-Term Evolution Experiment is the longest continuous look at how a population of organisms evolves in a fixed environment. Put in human generational time scales, this would be about 1.8 million years, or roughly the length of time Homo sapiens has existed as a species. But for bacteria, even 60,000 generations is a small amount of time when considered against the billions of years they’ve been around.

The Long-Term Evolution Experiment is quite simple in design: Twelve separate populations of identical bacteria in identical growth mixtures were allowed to multiply and grow. Every day since 1988, one percent of each population has been transferred to a fresh flask of growth medium, allowing them to proliferate unabated at a rate of about 6.6 generations per day. A sample is frozen every 500 generations, or roughly every 75 days, to preserve a historical record of the bacteria. The bacteria are also periodically tested to determine how their level of fitness, measured by their rate of reproduction, has changed.

And change they have. Over the years the bacteria developed thousands of mutations, including one species that gained the ability to metabolize citrate. But most importantly, the bacteria have kept on evolving. Even after 60,000 generations, the bacteria are still showing fitness gains when compared to previous generations, and they show no signs of stopping. The researchers published a paper in 2013 following generation 50,000, in which they hypothesized that the increases in E. coli fitness correspond to a power law model, rather than a hyperbolic function. By their nature, hyperbolic functions have a limit, meaning that growth stops after a period of time. By contrast, a power law function will increase infinitely.

If bacterial growth follows a power law model as the researchers assume, this implies that while increases in fitness slow over time, there is no upper limit. Their newest findings, published Wednesday in the journal Proceedings of the Royal Society B: Biological Sciences, bear out this hypothesis, showing that the line of best fit for bacterial evolution matches much more closely to, and even exceeds, a power law model. There is no end game for evolution.

While this seems to be the logical conclusion of their experiment, Michael Wiser, a co-author of the study, was quick to point out that infinite evolution likely exists only theoretically, as has been argued by some critics.

“Our general response to that has been that there is probably some theoretical limit. There could be an idealized cell that is limited solely by the diffusion of sugar through the liquid, and that they can’t grow any faster because they can’t physically get sugar into them any faster than they do,” he said. “But the thing is, we are so far from being at that point, that although that would be a theoretical upper bound…we are so far from it that it is not even relevant.”

To demonstrate this, he cites calculations the lab did carrying the experiment forward to the day when our planet is expected to be consumed by the sun. Given their current doubling rate of about 40 minutes, the researchers calculate that billions of years of evolution would allow the E. coli to double in about eight minutes.

“Although we’re saying that improvement will keep going on over indefinitely long periods of time, the reality is that improvements scale with the logarithm of time,” says Wiser. “So as you get better and better, it takes longer and longer for a particular improvement’s value to be visible.”

Wiser also counterpointed these incredible assumptions with a reminder that evolution on Earth occurs under very different circumstances than in their experiment, which assumes a fixed environment. In the real world, evolution is constantly updating us to an ever-changing environment, meaning that what may qualify as ideal today could be harmful tomorrow.

“The reality is that what would be perfection is going to depend on lots and lots of circumstances. So as the populations adapt and you get different mutations arising and sweeping through the population…you’re going to have different sets of things that are beneficial and deleterious at different times along the evolutionary trajectory,” he said.

In the end, what the Long-Term Evolution Experiment highlights for us is not that evolution is infinite, or that perfection is unattainable, but that evolution is an ongoing process and an integral part of our existence. The planet is always changing, and the effects of human development are causing environmental fluctuations at unprecedented rates

Faced with an unsteady future, most species, including humans, are struggling to catch up. While evolving past climate change entirely is likely impossible, some species have already begun to change. Tawny owl feather colors, for example, are changing to match a snowless landscape, and pink salmon in Alaska are migrating earlier in response to warmer water temperatures.

Wiser wants us to remember that evolution is constant — it is literally a part of our DNA. The humans of yesterday looked and acted differently than we do, and our descendants will possess traits that we don’t have.