Could a Tragedy Like White Island Happen in the U.S.?

The tragedy at White Island has brought the risk of visiting volcanoes to the headlines. How safe are U.S. volcanoes? 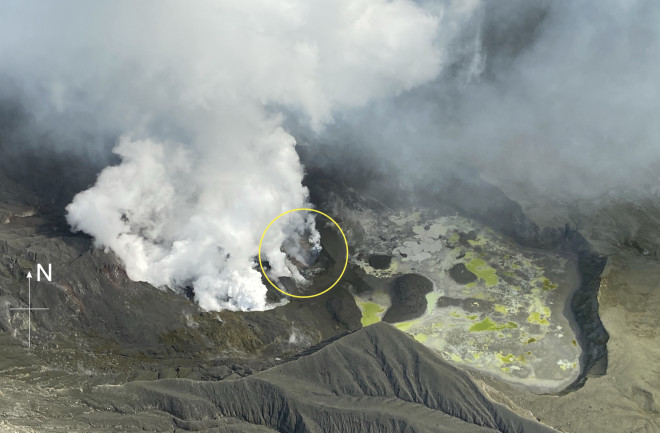 It has been a little over a week since the deadly explosion at New Zealand’s Whakaari (White Island). The death toll has now reached 16, with victims ranging in age from 13 to 53. Almost all the bodies have been recovered from the island, but at least 2 victims still remain missing.

The island remains highly unstable. GNS Science, a New Zealand company that monitors the volcano, has kept the island on Alert Level 3 since the blast and very few people have been allowed on the island. Even search crews are only allowed brief periods on the island for fear of new blasts occurring. Flights observing the crater show very active steam vents, small explosions from pools of water and a coating of grey ash across much of the active crater. These restrictions have already begun to impact fishermen and tour operations in the Bay of Plenty and local officials are calling for tours not to be banned from the island.

Sadly, this tragedy is one that could have been avoided. Speaking to Radio New Zealand, GNS volcanologist Brad Scott said that the Alert Level status set by the monitoring organization are advisory, so they lack any real enforcement for tours to White Island. The island is privately-owned, and the tours are operated by a private firm, so whether tours go or not is based on the expertise of those groups. Most of the time, they have guessed right about the potential risk for visiting the island, but this time their luck turned.

Volcanoes in the United States

I’ve been asked many times over the last week about how this might compare to volcanic areas in the United States. However, it is hard to find a direct comparison for two reasons. First, no U.S. volcano is as easily accessible and active as Whakaari (White Island). Sure, there are active volcanoes, but most of those are on remote islands in the Aleutians of Alaska.

There are a few places where people could get up close to active volcanic features: Yellowstone, the Lassen Peak area, Kīlauea, parts of Long Valley and a few others. In most of those cases, it is hydrothermal features like hot springs, steam vents and mudpots that show off the volcanic origin of the area. Tourists used to be able to visit active lava flows at Kīlauea, but since the end of the 2018 activity, those lava flows have ended.

Secondly, many of those locations are in National Parks, Monuments or Forests. There aren’t many potentially-active volcanoes in the United States that are privately-owned. A few places come to mind, like some parts of Clear Lake or Salton Buttes in California. There are definitely tourist attractions at many of these volcanoes. I’m thinking of Timberline Lodge on Mt. Hood or all the boardwalks in Yellowstone National Park. So, tourists have the potential to get close to these volcanoes … but government officials have a more direct say in the access to the volcano.

Still, none of these really combine the “very active” and “easily accessible” components that Whakaari features. Even Yellowstone, with all its hydrothermal features, doesn’t have the same potential for explosions. Destructive events have happened at Yellowstone in the past, most recently in 1989, so the hazard does exist for steam explosions from geysers or hot springs. However, Whakaari is far and away more active than even Wyoming’s restless caldera.

So, it would take a lot for an unexpected explosion from a U.S. volcano to have the same impact as the explosion at Whakaari. This is not to say there isn’t risk, even from a quiet volcano. Volcanic mudflows (lahars) can happen on many volcanoes without an eruption – we’ve seen this repeatedly at Washington’s Rainier. Volcanoes tend to be weakly constructed as well, so avalanches and collapses (large and small) can happen without notice. Volcanoes can be hazardous before, during and between eruptions, so understanding that risk is vital if you plan to visit these amazing natural features.

That’s why people continue to visit volcanoes. They are some of the most primordial landscapes on Earth, where molten rock or ash come blasting out of the ground, likely in almost the same way that it happened 4 billion years ago. You shouldn’t be afraid of visiting these places, either. Although tragedies like Whakaari happen and will continue to happen, the likelihood of these events is low at most volcanoes.

The key is being informed about the risk by contacting the local authorities, volcano observatories or national parks to find out what the dangers might be. That way you know how much peril you might be placing yourself in. Our Earth should be experienced, but you need to be aware that with exploration comes risk.