Cod Have Strange Immune Genes Different From Other Animals 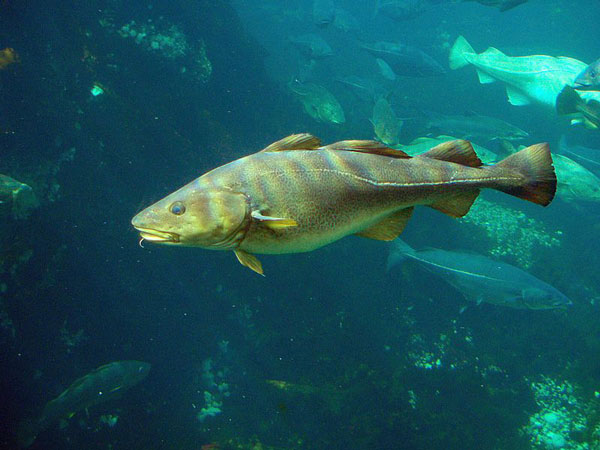 Scientists have now sequenced the genome of the Atlantic cod

, revealing something unusual: the cod is missing an important component of the adaptive immune system

found in almost all jawed vertebrates. In particular, when the researchers compared the cod's genome to that of the stickleback (a closely related fish that has already been sequenced), they saw that the Atlantic cod does not have genes that code for the proteins MHC II

, and invariant chain, all of which work together to help the body recognize and fight off invading bacteria and parasites. But the missing genes is not a death sentence for the cod. To make up for the lack of MHC II, the cod has ten times more genes for MHC I

—another component of the immune system—than other vertebrates. The researchers think that MHC I system may be picking up some of the functions of MHC II, according to ScienceNOW

. The researchers also noticed that cod have an increased amount of Toll-like receptors

, which are part of the innate immune system

. The find could lead to improved vaccines for farmed cod, and it may have important consequences for the treatment of human diseases. "Maybe we can regulate the human immune system differently and maybe that could be treatment against certain diseases, multiple sclerosis for example," lead researcher Kjetill Jakobsen told the Guardian

. [Read more about the Atlantic cod genome at Nature

. See some of the surprising genomes scientists have sequenced here