Chimps Kill for Land--but Does That Shed Light on Human Warfare? 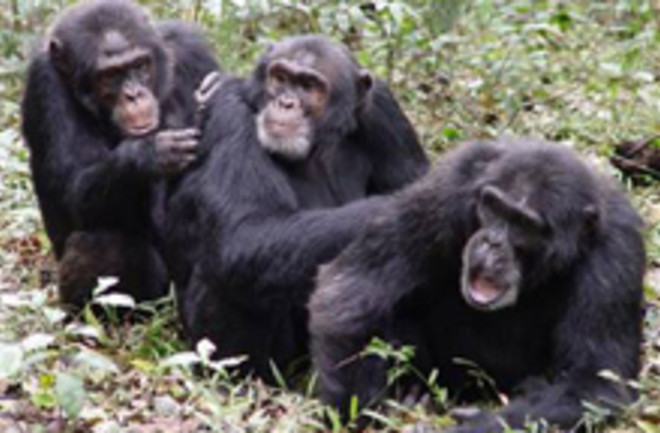 Chimps kill chimps. And according to a 10-year study of Ngogo chimps in Uganda, they do it to defend and extend their territory. John Mitani documented 21 chimp-on-chimp killings during the study, 18 of which his team witnessed. And when the chimps kill another, they take over its land. Because of the 1 percent difference of DNA between us and our ape cousins, it can be irresistible to anthropomorphize them, referring to their deadly attacks upon each other with terms like "murder" or "crime." And given the murders over territory that litter human history books, it's hard not to see echoes of our ourselves in chimp "warfare."

Chimpanzee warfare is of particular interest because of the possibility that both humans and chimps inherited an instinct for aggressive territoriality from their joint ancestor who lived some five million years ago. Only two previous cases of chimp warfare have been recorded, neither as clear-cut as the Ngogo case [The New York Times].

But not so fast, says DISCOVER's own award-winning

“There are many problems with this idea, not the least of which is that firm archaeological evidence for human warfare goes back only about 10-15 thousand years. And apart from chimpanzees, we have an equally close relative, the bonobo, that is remarkably peaceful... The present study provides us with a very critical piece of information of what chimpanzees may gain from attacking neighbours. How this connects with human warfare is a different story" [Not Exactly Rocket Science].

on the study. Related Content: Not Exactly Rocket Science: Chimpanzees Murder for Land

80beats: How Chimps Mourn Their Dead: Reactions to Death Caught on Video