Chilesaurus: The One That Went Vegan

Even though it was a cousin of meat-eaters, this 10-foot lizard favored plants. 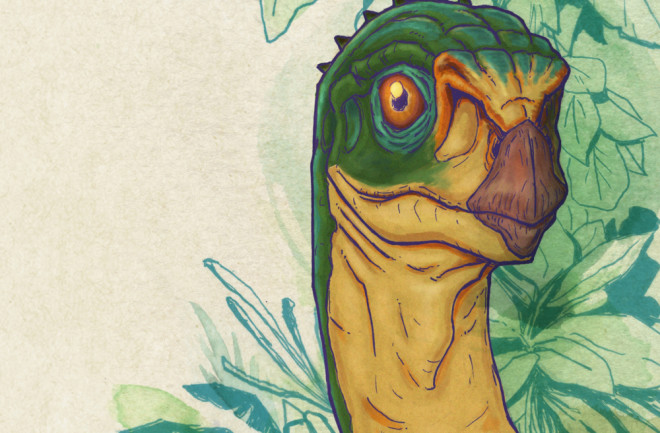 Discovering one of South America’s most intriguing dinosaurs was child’s play: Diego Suarez was just 7 when he found the first fossils of the 145-million-year-old herbivore that would bear his name, Chilesaurus diegosuarezi. The hard work began when paleontologists tried to fit it into the dinosaur family tree. Chilesaurus, which grew to about 10 feet long, has a previously unseen mix of primitive and advanced skeletal features. After analyzing fossils from more than a dozen specimens, researchers reported in April in Nature that the herbivore was actually a kinder, gentler cousin of such bitey carnivores as T. rex and Velociraptor. Chilesaurus is a rare example of a species from the generally predatory theropod group that evolved into a plant-eater.