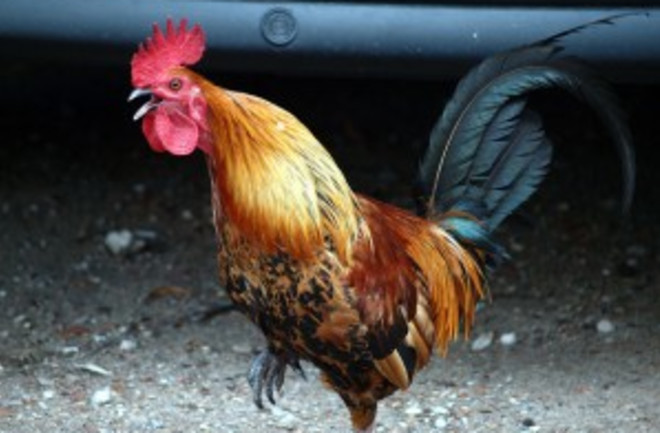 Photo: flickr/zoetnetMany people believe that our perceptions of human beauty are primarily determined by societal norms. But could there be something innate in our brains that influence whether we think a face is beautiful? Here, a group of researchers tested this hypothesis by determining whether chickens have any innate preferences for certain human faces. To do so, they trained chickens to react to either an average human male or female face. They then showed the chickens a series of faces of different levels of attractiveness (see Figure 1 below) and measured how much the chickens pecked at each face (a measure of their preference for the face). Surprisingly, they found that the chickens preferred the same faces as did human volunteers (in this case university students asked to rate the faces for attractiveness), suggesting that something about these faces makes them inherently more attractive to our nervous systems. So there you have it: the next time you want to know which photo to use for your profile picture, consider asking a chicken.Chickens prefer beautiful humans. "We trained chickens to react to an average human female face but not to an average male face (or vice versa). In a subsequent test, the animals showed preferences for faces consistent with human sexual preferences (obtained from university students). This suggests that human preferences arise from general properties of nervous systems, rather than from face-specific adaptations. We discuss this result in the light of current debate on the meaning of sexual signals and suggest further tests of existing hypotheses about the origin of sexual preferences." Bonus figure from the main text:

Thanks to Lynn for today's post! Related content: Chickens with artificial tails reveal how dinosaurs roamed the earth.An autopsy of chicken nuggets.NCBI ROFL: Sorry Tommy, even this pigeon thinks your painting sucks