There's a lot in the oceans besides water and salt. A series of sampling missions aims to reveal what's happening with the trace elements in seawater. 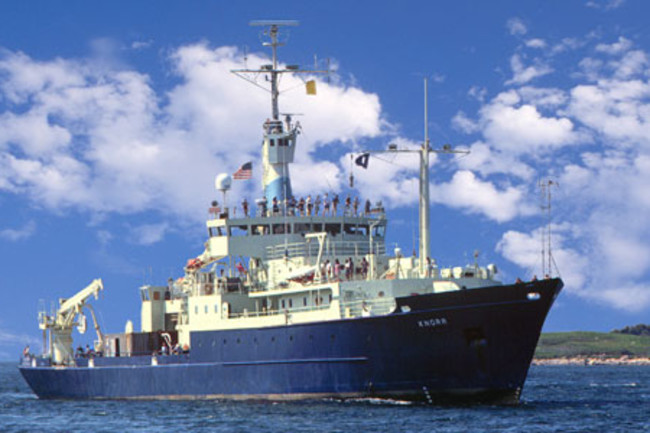 Just about every naturally occurring element churns through the earth’s oceans, yet scientists have only a glimmer of understanding of how these chemicals influence marine ecosystems. Now, a 15-year, 30-nation research collective called Geotraces is embarking on an ambitious global survey of ocean chemistry to quantify trace elements and shed light on how chemical concentrations fluctuate in response to changing environmental conditions.

Last October, 32 marine scientists set out from Portugal on a planned 52-day trans-Atlantic expedition, the first American-led effort on behalf of the project. The crew collected 4,600 water samples in three weeks from depths as great as 2.8 miles before mechanical failure brought the trip to a premature conclusion. (A follow-up cruise is slated for later this year.)

Of the 30 or so trace elements Geotraces scientists are studying, some—such as iron and copper—are naturally occurring nutrients supplied by dust storms and deep-sea vents. These nourish phytoplankton and drive yearly bursts in regional productivity. The sampling also includes environmental contaminants such as mercury and lead. While tougher regulations have driven lead levels down globally since the 1990s, mercury levels in the North Pacific Ocean have increased 30 percent over the last 20 years, potentially putting humans at higher risk of exposure from seafood (See “Made in China: Our Toxic, Imported Air Pollution”). Researchers will also track radioactive isotopes such as tritium, a form of hydrogen, to better understand the ocean’s circulation systems and to learn how they might be shifting in response to climate change.

Scientists are busy planning six more global expeditions this year. “There’s never been anything like the breadth and scope of this project,” says Gregory Cutter, an oceanographer at Old Dominion University and one of three lead scientists on the recent trip. “It’s an inventory of the periodic table in the ocean.”