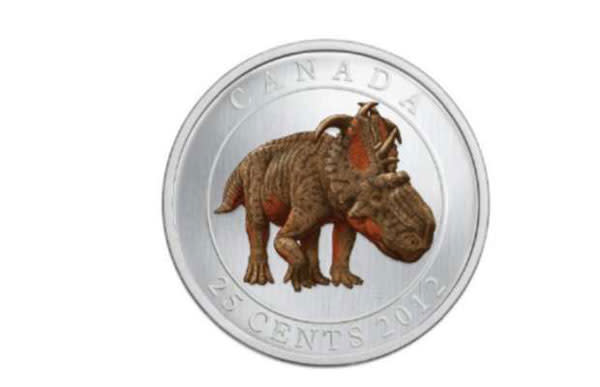 And unicorns, too. Well, no. Just the dinosaurs. But isn't that enough? Each of the quarters, which will retail for $29.99, will feature an image of a Pachyrhinosaurus lakustai

, a dinosaur discovered in Alberta. But take it into the closet under the stairs or wherever your favored glow-in-the-dark viewing site is, and the creature's skeleton glows. This is, according to TIME's Moneyland, the Canadian government's latest scheme to help shrink the deficit. We're not hopeful, though---how many dino-loving 6-year-olds have $29.99 to spare? [via Moneyland