Can We Bring Back Mammoths From Extinction? Probably Not — Here’s Why

Bringing the beasts back from the dead is a tempting prospect. But genetic evidence suggests we may not fully understand what makes a mammoth. 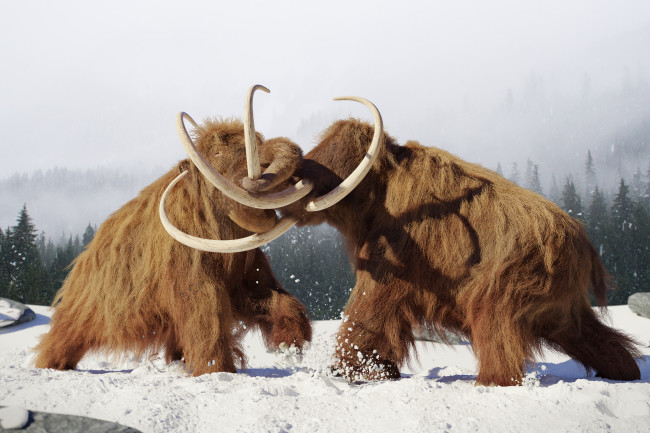 The last mammoths were in trouble. Isolated on Wrangel Island, a spit of land off the coast of Siberia, the last pack on Earth was sickly and weak from centuries of chronic inbreeding. The prehistoric pachyderms were no longer as fertile as they once were, their coats took on a strange translucence, and some suffered neurological problems. About 4,000 years ago, the species was wiped out for good.

Today, the only mammoth you’re likely to see is a hulking reconstruction in a museum — the size and structure of its bones drawing an outline of the beast. But there’s more to mammoths than their skeletons. In a time when the possibility of bringing the pachyderms back to life regularly makes headlines, researchers are studying how the mammoths lived and died through their genes as well as their bones.

The Ice Age icons are model organisms for paleogenetics, a relatively new field following advances in technology that allow pieces of ancient DNA to be identified, duplicated and studied. Mammoths were once common creatures — widespread across the Northern Hemisphere — and lived recently enough for scientists to reclaim genetic material from their remains. And frozen carcasses recovered from Siberia especially raise the specter of de-extinction. If we have so many of them, why couldn’t we bring back the mammoth?

But understanding these creatures, and possibly replicating them, is complicated. Data from mammoth bones and mammoth genes give conflicting definitions of which pachyderm belongs to which species. And the more researchers learn about mammoths, the more it’s clear we require a reintroduction to the beasts before trying to re-create them.

What Makes a Mammoth?

The discovery of a mysterious pachyderm was the first clue that the mammoths’ story was more complicated than originally thought, says East Tennessee State University paleontologist Chris Widga. A species called the Jeffersonian mammoth, often found in the American Midwest, kept showing up during digs — but it seemed to share traits of both the woolly mammoth and the Columbian mammoth.

When Widga looked at these specimens with colleague Jeff Saunders as part of a project documenting fossilized mammoths of the region, they found even more types of mammoths that didn’t fit neatly into one category or another.

“Not only were we finding lots of this mammoth, but Iowa and Missouri were full of fossils that looked a bit like Columbian mammoths, a bit like Jeffersonian mammoths, and sometimes even woollies,” Widga says. But when he and other researchers looked at the genes of these animals, the intermediates started to make more sense.

The genetic findings counter the categorizations previously made from bones. Instead of stark divisions between multiple mammoth species, there may have been a single species that could vary greatly but still maintain the ability to interbreed with different populations.

Previous research hinted that different mammoth species might have interbred, but now there was evidence that this was a common part of mammoth life rather than something unusual. Today, the same trend can be seen among some species of elephants. 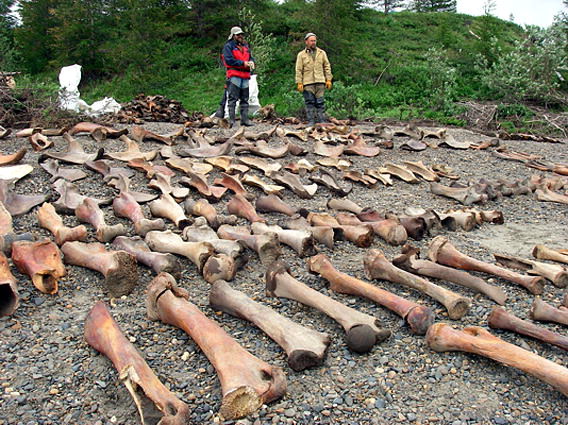 “I think about modern African elephants, where there is interbreeding between morphologically distinct forest and savanna elephants with overlapping ranges,” says Georgia Southern University paleontologist Kathlyn Smith. “And I can envision mammoths doing the same thing.”

This genetic information is changing our understanding of what the mammoths really were, which matters for scientific endeavors that aim to bring the animal back to life. North America’s mammoths could be large or small, shaggy or short-haired, while still belonging to the same species. If researchers try to re-create a mammoth by cherry-picking traits, they’ll be missing a large part of the picture.

While it’s tempting to think of sci-fi scenarios of baby mammoths in test tubes, the potential to revive Mammuthus might take a different path. Cloning, as geneticist Beth Shapiro points out in her book How to Clone a Mammoth, requires an intact and viable mammoth cell. No one has found such a cell before, and, given how cells degrade after death, it’s unlikely that a suitable cell for cloning will ever be found. It’s more likely that scientists would attempt to modify a living mammoth cousin into something more mammothlike through gene-editing techniques.

For example, if a research group were to modify the DNA of an Asian elephant — the mammoths’ closest living relative — into something mammothlike, it wouldn’t be a true revival but a best-guess version that leaves quite a bit out.

“The more we know about the population dynamics, morphology and behavior of mammoths at different times and in different places, the more we understand them to be a highly variable, adaptable animal,” Widga says.

If scientists were to create woolly mammoths, their model organisms would need the ability to inhabit a variety of environments. The cold, grassy steppes that allowed woolly mammoths to spread across the Northern Hemisphere are almost entirely gone, and the last vestiges of such places may soon disappear with continued global warming. Fine-tuning a resurrected mammoth to have a perfect, invariable appearance of the classic woolly mammoth would be an artificial construct that doesn’t match what the fossil record is telling us.

Learning to be a Mammoth

Even if a resurrected mammoth looked like its ancestors, it wouldn’t have a herd to teach it how to act like the mammoths of the past. Much like modern elephants, mammoths likely had complex behavior that was taught by other mammoths over time.

“I often tell my students that even if we reengineered a mammoth and had one sitting in front of us to study, we still wouldn’t be able to tell how the original, extinct mammoths behaved unless we were able to re-create their lost ecosystem and reengineer the entire population,” Smith says.

A 21st-century mammoth would be entirely divorced from the ecosystem the Ice Age pachyderms evolved in and inhabited, a reminder that environment is just as important to an organism as the details of its DNA.

What mammoths were, and how they lived, is found in the fossil record and in the tatters of their ancient genes. Trying to re-create an animal from incomplete information is only a dead end; we’re best off leaving the Ice Age icons in the past and letting paleontologists unravel their story.