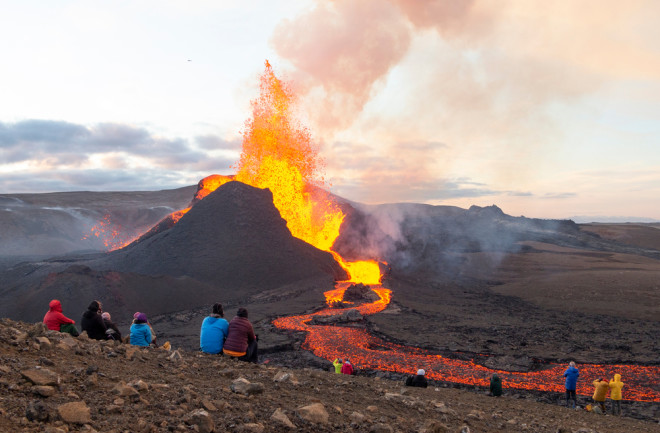 There has been a lot of volcanic activity making headlines lately. From the recent eruptions of the Lascar volcano in Chile, Mount Semeru in Indonesia and Hunga Tonga in the South Pacific to the now quiet eruptions of Mauna Loa, 2022 has been quite the year for volcanoes.

Some volcanoes, like Mauna Loa, stay dormant for decades. While others, like Italy’s Stromboli Volcano, erupts almost daily. Regardless, volcanologists — scientists who study volcanoes — monitor these volcanoes, among most other active volcanoes, every day. According to the U.S. Geological Survey (USGS), these signs include:

While these signs are indicators of an eruption, according to the USGS, they cannot tell volcanologists the type or scale of the eruption. These signs may continue for weeks, months and even years before any volcanic activity. Sometimes, there isn’t even an eruption, and the volcano goes back to being silent. To monitor these signs, volcanologists use specific tools.

According to the USGS, volcanologists use various tools to monitor volcanic activity. These tools are typically easy to install and maintain and usually last for years. One tool scientists use is a seismic station — usually fitted with a GPS — to monitor earthquake activity around a volcano. These stations run on solar power and transmit data via low-power radios in real time.

When volcanologists notice changes in the volcano’s surface, they may use a device called a tiltmeter to measure the change in a volcano’s slope. They can detect a difference of one part per million.

To indicate the changes in gases emitted from the volcano, volcanologists use a device called a spectrometer — which analyzes the light coming through the volcanic plume. Each gas has its own light signature; luckily, this tool can be used safely.

Volcanologists also use thermal images from satellites and aircraft to identify new, hotter lava flows. Aircraft and satellites are also used for radar mapping, which helps create a three-dimensional map of the volcano’s surface, possibly predicting which way lava may flow.

Read More: 5 of the Most Explosive Volcanic Eruptions

Some of these tools were used to predict the 1991 eruption of Mount Pinatubo in the Philippines. According to the USGS, the joint effort of the Philippine Institute of Volcanology and Seismology (PHIVOLCS) and the USGS saved over 5,000 lives and $250 million in property by predicting the eruption. Local residents, along with the U.S. Clark Air Force Base, were able to evacuate before the level six eruption.

Though volcanologists have the tools to monitor volcanoes, they can still be unpredictable. Some may show signs of activity and never erupt, while some may seem to erupt out of nowhere. As technology develops, it will be interesting to see just how precise volcanologists could become.