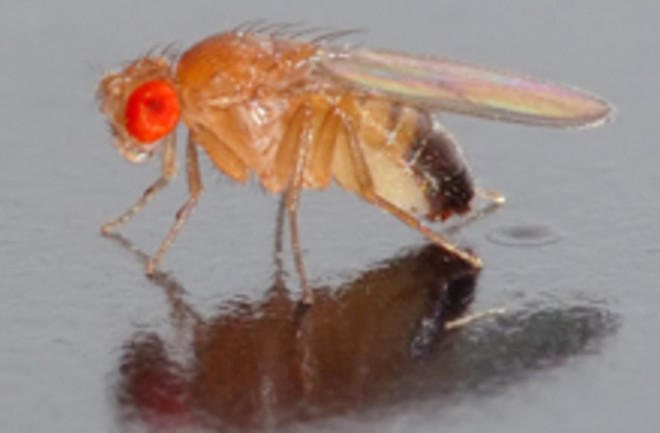 Scientists have long known that one of their favorite test subjects, the fruit fly, has a talent unavailable to humans: sensing magnetic fields. Now, researchers led by Steven Reppert of the the University of Massachusetts Medical School say that while fruit flies might not actually "see" magnetism, their perception of it is linked to their sight—specifically, to a molecule called cryptochrome, a receptor for blue and ultraviolet light. In their experiment, Reppert and Robert Gegear trained test flies to associate a magnetic coil with food. When the scientists put the flies in a small maze with two coils, one working and providing a magnetic field and one not, the flies flew toward the live magnet, presumably sensing the magnetic field and associating that with a sugary snack. The researchers then repeated the trial, but blocked out blue and ultraviolet light so that the flies' cryptochrome molecules would not be activated. This time, researchers say, the flies did not go to the working magnet, leading the researchers to say that cryptochrome is related to, and perhaps even responsible for, the insects' sense of magnetism. If the researchers are correct, cryptochrome is a multi-tasker: it's associated with maintaining fruit flies and other animals' circadian rhythms, and its magnetic perception prowess might make it a key ingredient in bird migration, too.